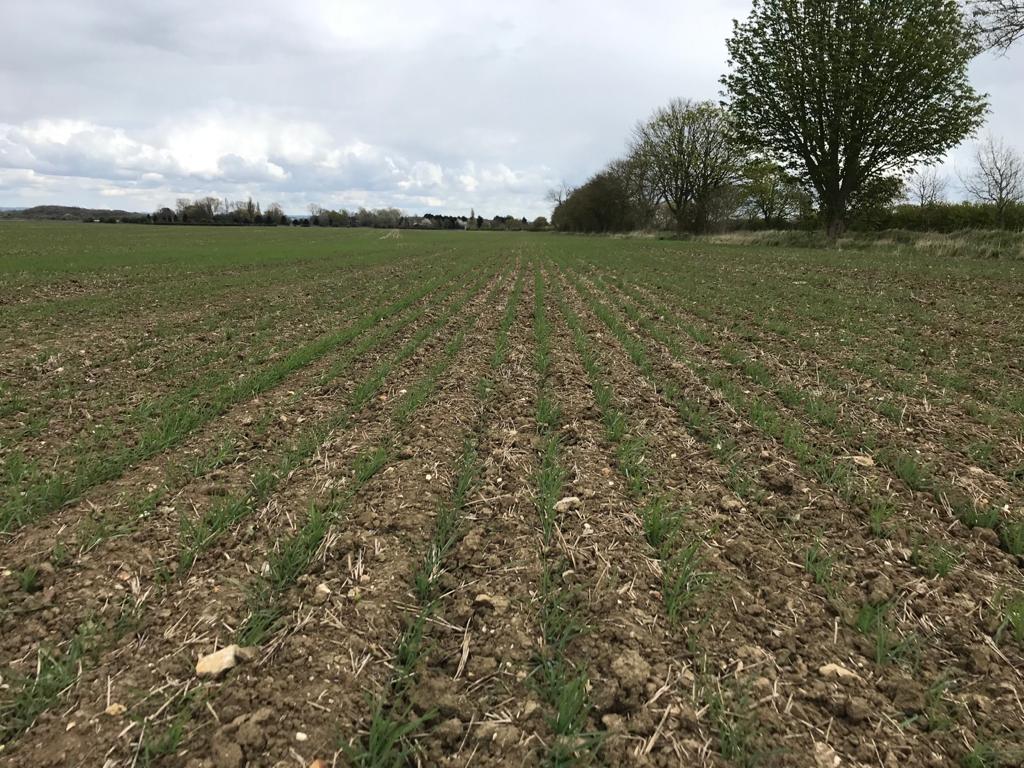 The image to the right shows a field of Lincolnshire Spring Oats established with JJ Metcalfe Coulters on a Horsch Sprinter drill. This was the first time that direct drilling has been used as the only method of establishment on the farm. The crop has been in the ground 6 weeks and has not received a single drop of rain, nor has it been rolled. The farmer strongly believes that minimal soil disturbance has allowed the crop to source soil moisture and stated that had the field been cultivated prior to drilling, there would be poor establishment or possibly even crop failure. In this article we explore whether direct drilling could be the future of spring establishment and if so, how to put it into practice.

Direct drilling has quickly gained momentum as an effective tool in Regenerative Agriculture. Defined as a system of seed placement where soil is left undisturbed, direct drilling incorporates surface crop residues left from the previous harvest. Although not a new method of establishment, this one pass system has dramatically increased in popularity in recent years. Teaming up with cover cropping, livestock incorporated in arable rotations and bio-fertilisers, direct drilling is an integral tool in a Regenerative Agriculture system.

For many farmers, they have turned to this method of establishment with the hope of reducing weed burdens through minimal soil disturbance and improved soil structure. Furthermore, the cost benefits of a one pass system are significant. But the soil moisture retention associated with direct drilling is often undervalued, and as we face a third consecutive dry spring, is this method of establishment something that more of us should be considering when spring drilling?

According to Vaderstadt, direct drilling has been the only option for establishment in drier countries for a number of years. In dry growing regions such as Canada, USA, Russia, Ukraine and Australia, water availability is the direct limiting factor for yield. By leaving the soil undisturbed and allowing harvest residues to remain on the surface, any moisture present is protected against evaporation and wind erosion. Economic considerations also play a part, as lower yields caused by limited water availability mean that soil tillage is not financially viable.

Applying this thought process back to the UK, Spring Barley yields remain at a plateau with the 5-year yield average in the UK lingering around 5.6t/ha. Looking into the near future it looks unlikely that farmers will be achieving higher yields, so instead should we be aiming for lower input costs?

With the average cross slot and strip tillage drill costing £100,000, it is unrealistic to expect farmers to be able to shift to this system over night. However, for farmers who are considering taking the plunge, Farmers Weekly have put together a useful guide covering the specifications of the main contenders in the direct drilling market. This guide can be accessed here.

Alternatively, there are many shrewd adaptations that can be used to convert drills to a direct drilling system. A good example of this is the conversion of Horsch Sprinter and CO drills. Already an effective and popular ‘min-till’ drill, however many farmers find the Duett Coulters still disturb too much soil.

There are three main players in the market – Dutch Openers and Bourgault from Canada, and British firm JJ Metcalfe. All of their openers can be used directly into stubbles and cover crops, which will help ease the cost of switching to a reduced or zero-tillage system. 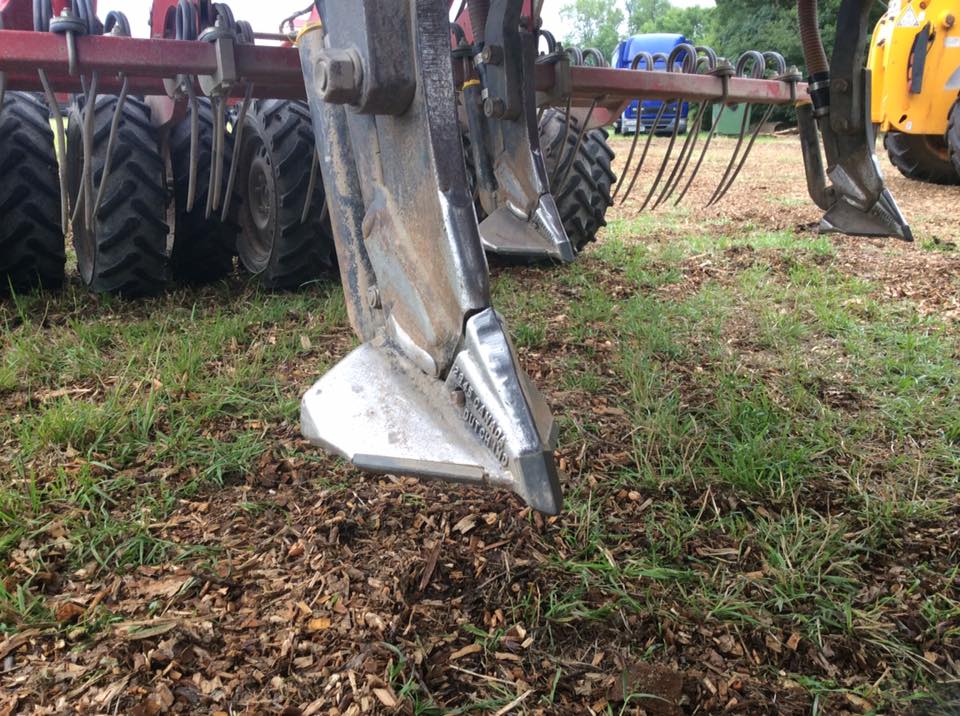 The legs bolt to existing holes on Horsch drills, albeit with a 12mm reduction bush for those with the bigger 16mm mounting points. The modular design of Dutch Coulters means that once the leg is in place, various points and fertiliser tube arrangements can be added, depending on the amount of soil movement required. The points are held in place by heavy-duty spiral roll pins and all have a tungsten tile on the leading edge. As well as single- and twin-row options, the company also offers a spreader plate system, which is available in 50mm (2in), 76mm (3in) and 127mm (5in) widths. This is fitted at the base of the delivery tube to disperse seed across the point’s full width to create a wider crop band. Prices for the conversion kit typically start at £100, including the leg, bushes and an opener.

Bourgault’s Versatile Opener System (VOS) offers four seed delivery arrangements, from a single seed-only chute to various twin-row combinations that can place starter fertiliser below the seed in a channel created by the tillage nose at the front of the opener.

The earliest iteration has a 100mm twin row for laying seed and fertiliser. These sit at 300mm spacings to reduce weed competition by encouraging a canopy to form across the open rows, covering the bare soil and giving the plants access to more sunlight. Shallow-angled wings minimise disturbance when drilling cereals, oilseed rape and beans, and the upgraded versions lay a pair of seed rows side by side, with fertiliser placed in the middle. Like the Dutch Openers, Bourgault’s legs use the same mounting holes as the original Horsch units.

The coulter assemblies start at £95/leg, which includes the leg and opener for a seed-only set up. There is also an option for growers to spec a 2.5deg angled leg rather than the standard straight one.

The seed tube sits above the ground, tucked close behind the coulter, so the point is the only part of metal in contact with the ground.  It can be used as a replacement for the standard fitments on Horsch COs and Sprinters, as well as the Kockerling Ultima, Amazone Cayena and Condor and, most recently, the Spanish-made Virkar. There is also the option of liquid and granular fertiliser application with either coulter. The single 12mm outlet is £79/leg, while the winged spreader version is £100. All of the retrofit coulters bolt on in place of the existing units, and JJ Metcalfe builds points for the likes of Dale, Mzuri and Simtech, too. 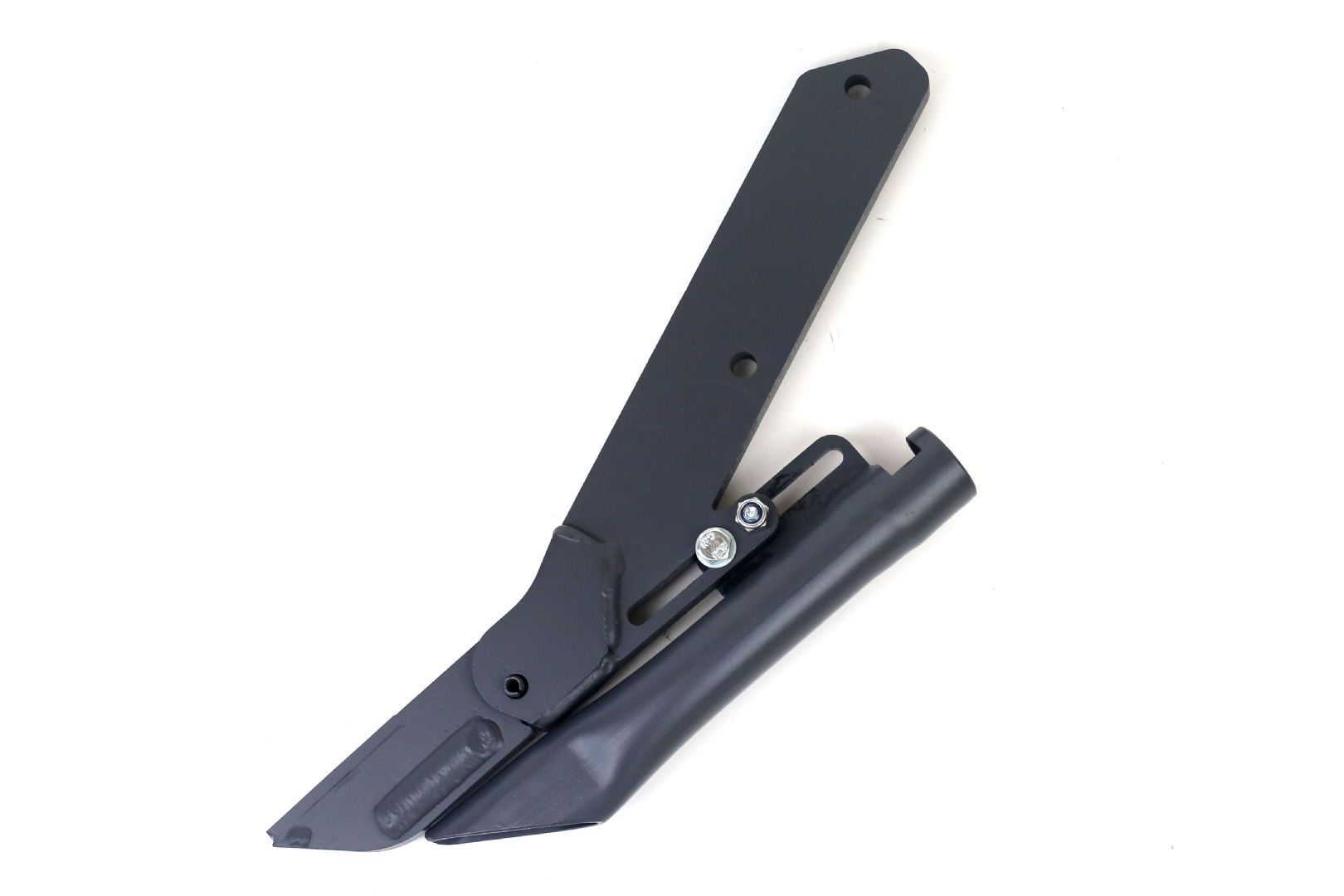 For those considering adapting their drill using Coulters similar to those described above, Direct Driller magazine covered a detailed drill conversion in issue 11 page 48, which can be accessed here. We hope to see a return of normal weather patterns in the future, but as dry springs become commonplace direct drilling may be our saving grace for crop establishment. Although we cannot predict the weather, this system is certainly worth contemplating! 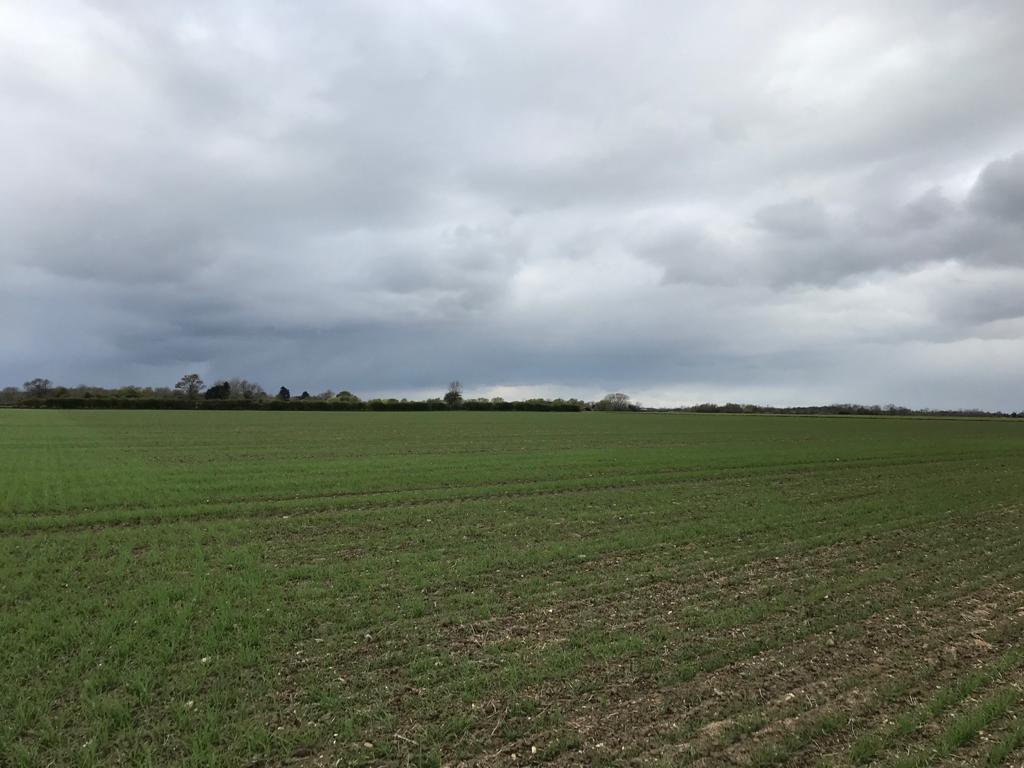