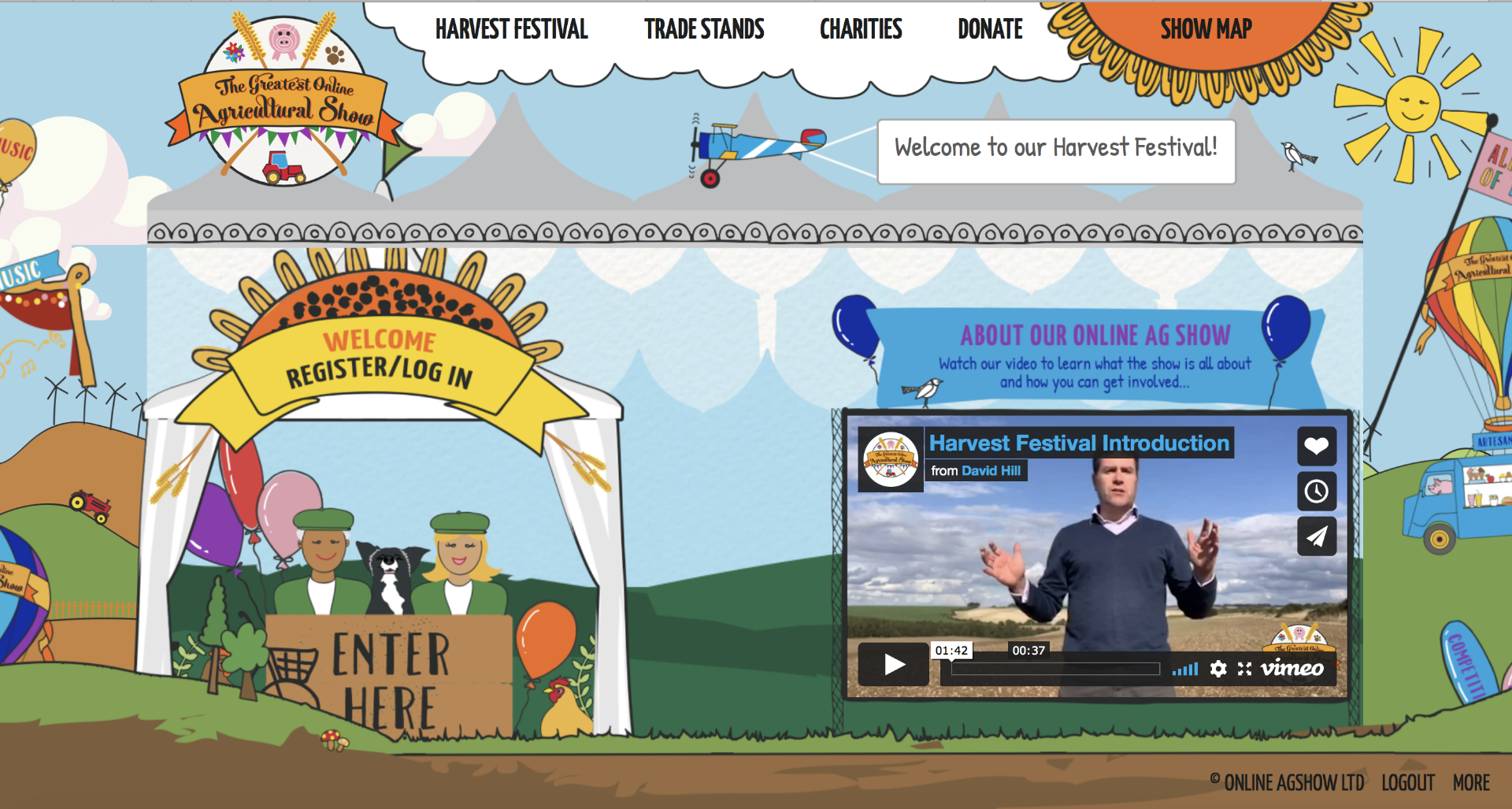 The most visited attraction was the Main Arena followed by the Livestock, Dog and Equestrian Arena and the Beer Tent.

The website for the Show was developed in just four weeks by Innovation for Agriculture, who also ran the ‘Innovation Hub’ on the day of the show, hosting 50 films on farming innovations, including biosecurity in beef, cover cropping and reducing antibiotic use.

Over 225 trade stands and exhibitors made charity donations for their presence. These included Barclays Eagle Labs, who ran a number of seminars in the Agri-Tech Hub, The Small Robot Company who sponsored the Beer Tent, Savills who sponsored the Future of Farming Theatre and a Countryside Arena sponsored by Clarke Willmott.  Eat Farm Now ran an education zone focused towards younger visitors while the National Federation of Young Farmers Clubs held the finals to a number their lockdown challenges including a baking competition judged by Charlotte Smith.

The Craft Tent was particularly popular with 12 crafting demonstrations including making dandelion honey with Pippin and Gile and crafting dovetail joints by Mike Whittall at Ochre and Wood. The tent also had 25 exhibitors.

Live judging of livestock, dogs and horses took place throughout the day, and was run live by Cloud-Lines-Shows on a purpose built web platform.

The Livestock event had over 800 entries and the supreme champions were entered into a public vote for best in show.  The overall prize went to Holstein Dairy Cow Racewood Windbrook Ambrosia.

David Hill also organised for a special edition beer to be brewed for the event by Eden River Brewery which was close to selling out during the event.

Commenting on the show, David said: “What began as a throw-away idea has blossomed into a huge event which was enjoyed by thousands of people and raised a very worthwhile sum for charities.  I have been blown away by the way in which the industry has got behind the event and most importantly, came to visit it.  Clearly it was much needed during what has become a difficult year in farming.  I am particularly thankful to Innovation for Agriculture and Jane Craigie marketing who supported the idea from an early stage and helped it become the success that it did.”

Andrew Lazenby, Chief Executive of Innovation for Agriculture added “We were absolutely delighted to be able to turn David’s vision into a reality and after the successes of the event, we are pleased to announce that Innovation for Agriculture will be taking this event forward, with the help and support from David, to work with other agricultural societies and partners enabling us to run the Greatest Online Ag Show again, in an even greater format. Watch this space!”

The show was a one-day event hosted on the website www.OnlineAgShow.co.uk, it was accompanied by social media activity.  The show featured livestock competitions, food and craft tents as well as a beer tent with live chat and entertainment.  The main show ring hosted displays including the RAF Red Arrows, The JCB Dancing Diggers and the now retired Vulcan Bomber, all streamed to the audience.