‘Prepare for the end of red diesel subsidies.’ 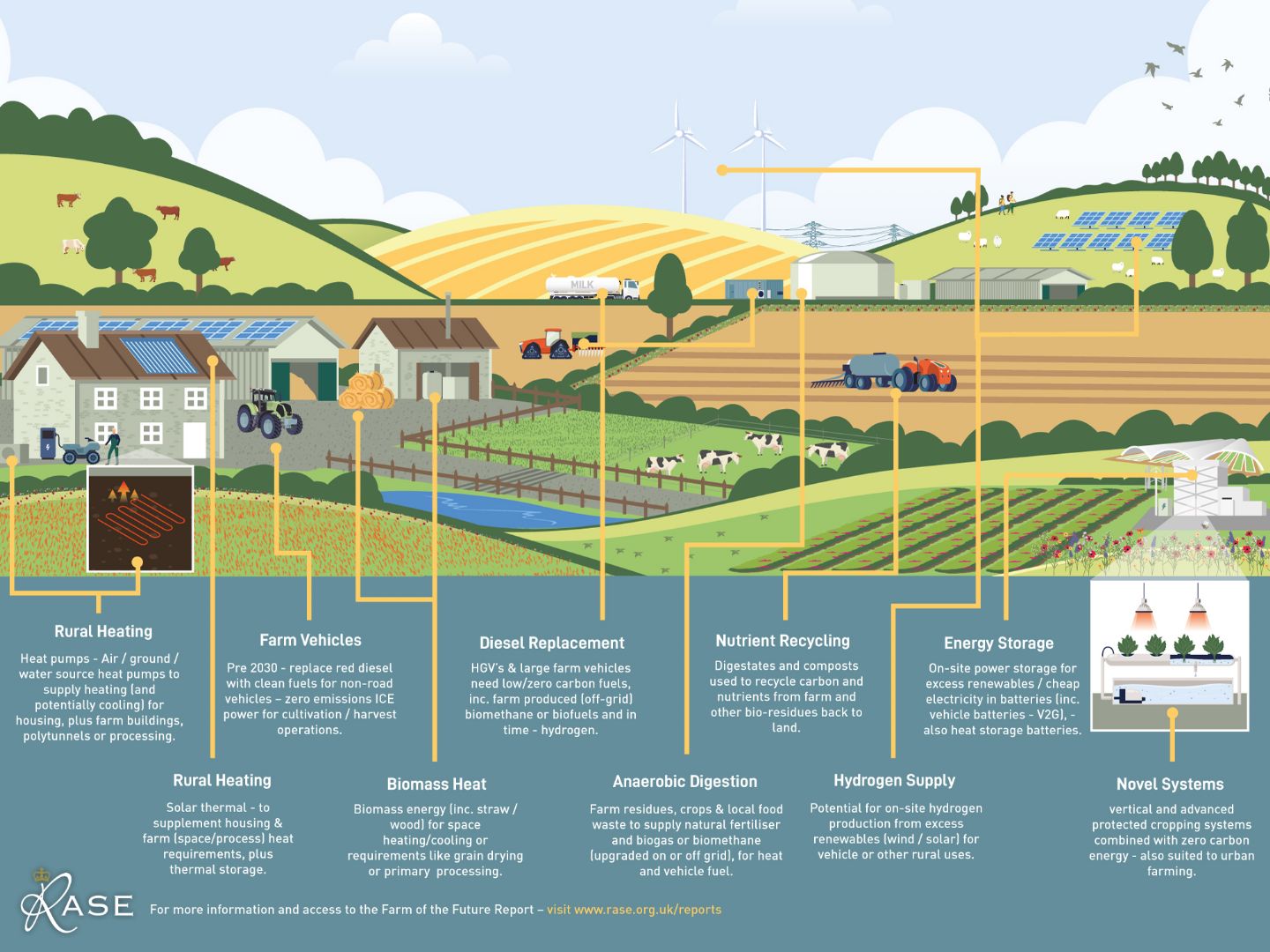 One of several warnings delivered to farmers in the ‘Farm of the Future: Journey to Net Zero’ presentation hosted at Groundswell last Thursday.

The importance of integrating on-farm renewable energy sources was discussed, with biomass, anaerobic digestion, on-farm wind, power battery storage, and rural solar PV all acknowledged as future farm energy supply. Farms are energy hungry enterprises and the integration of renewable energy will not only be environmentally efficient, but also cost efficient, the audience at Groundswell were told.

Diesel tractors are likely to become more expensive to run due to recent fuel price rises as well as the eventual removal of the red diesel subsidy. Alternative low emission drivetrains have already started to appear either as market ready vehicles with biomethane - or as prototypes with hydrogen and electric tractors. There will be a faster option to transition to alternative fuels through smaller electric farm vehicles, such as quad bikes and telehandlers, which are available to buy already.

Sam Watson-Jones, co-founder of the Small Robot Company, stressed the importance of future technology which supports mixed farming, enabling food production potential to be maximised. Robots should be developed collectively with farmers, ensuring that they can assist farmers to make better decisions and take more precise actions. Future robots will likely include precision drilling, spot spraying and mechanical weeding.

The panel praised the successes of farmer-led initiatives such as Groundswell, and highlighted the necessity of adopting a "whole system approach" in the transition to more environmentally friendly agricultural energy sources. The audience were told that the existing level of grants and funding, which includes Environmental Land Management, is insufficient for the future, and called on the government to acknowledge this.

All themes discussed in the panel session at Groundswell can be explored in more detail in the RASE Farm of the Future: Journey to Net Zero Report. Click here to access.