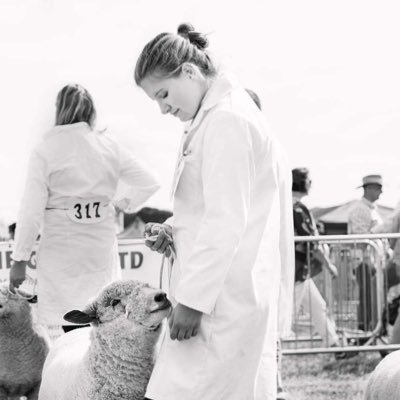 Phillipa grew up on a small farm in West Yorkshire and is currently finishing her master’s degree in Agricultural Sciences and Production Systems at Harper Adams University. Philippa is still very much involved in the family farm where they run a commercial flock of Texel’s and Philippa breeds pedigree Ryeland and Greyfaced Dartmoor sheep. Throughout the summer Philippa can be found at county shows around the country both judging and showing in Ryeland classes.

Philppa's family also keep native breed cows and pigs that they sell through local farm shops and butchers. Previously Philippa has worked as a supervisor on an open farm, educating the public about farming practices and food production.

Philippa’s role at IfA involves the running and coordinating of fundraising for the organisation. She will be working with our current supporters and future supporters to ensure that we can function to the very best of our ability as an organisation, bridging the gap between research and innovation.

Philippa can be contacted at philippag@i4agri.org