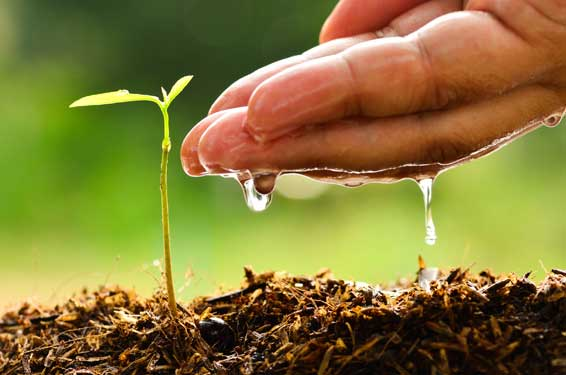 The Innovation for Agriculture (IFA) soil and water team work on a wide variety of projects throughout the year, ranging from many farm trials monitoring soil health and ecology, to report writing on larger European Union H2020 projects focusing on agricultural practices. In this article we are going to take a closer look at the interesting work IFA have been doing in a water catchment in Oxfordshire for the past 2 years.

The team currently run what is known as a Payment for Ecosystem Services (PES) catchment management project for the local water company with the aim to reduce concentrations of Metaldehyde (a pesticide which is a common active ingredient in many slug pellets) found in the local and wider watercourses.

By law, a litre of drinking water can only contain up to 0.1 micrograms of Metaldehyde – that’s the same as one grain of wheat in 390 tonnes. Since accurate analysis of river water for Metaldehyde was developed in 2007, it has frequently been recorded in higher concentrations than this level across the UK. This is mainly due to the wet conditions found in the Autumn, when Metaldehyde is typically required to protect recently established crops from slug damage. Complex water treatment processes are used to keep drinking water clean, however the standard water treatment techniques have been found to have poor efficacy for Metaldehyde removal from raw water.

As a result, the industry wants to focus on Metaldehyde pollution remediation at the primary level, this is also a much more sustainable approach as it tackles pollution before it occurs and helps farmers with support and advise for more sustainable soil, pesticide and nutrient management practices, which in turn saves them money.

IFA were selected by the local water company to lead the farmer engagement aspect of the project. As we are an agricultural organisation, we are able to offer practical, farmer to farmer advice about the use of slug pellets and developing Integrated Pest Management (IPM) plans for alternative methods of controlling slugs in agricultural systems. This helps farmers to not only reduce the risk of potential pollution from pesticides but to also improve the efficacy of their pest control plan and improve their overall soil management. Throughout the course of the project, the IfA Soil & Water team will visit the catchment multiple times, engaging with the target farmers and aiming to get as many as possible signed up to the project.

The project is aimed at reducing the risks of Metaldehyde pollution in the high-risk period of the Autumn drilling season (30th September – 10thDecember) and is assessed weekly throughout the 3-month period using water quality analysis. It is incentivized by offering payments to farmers on a per hectare basis and an end of season bonus payment for clean water which is based on 100% of the season’s samples below the pesticide drinking water standard.

So far over the 2-year project term, IFA have managed to help the farmers in the catchment to never exceed the 0.1μg L-1 drinking water limit for pesticides. This is an excellent result for reducing pollution in the environment and has meant that farmers received full payment for their arable land within the catchment and the water quality bonus in both years. We have been very pleased with the results from both years as it has shown that plant protection products can be used in combination with cultural controls and IPM plans to great effect for reducing pollution in watercourses.

The future of metaldehyde

In December 2018, the decision was made by DEFRA to withdraw Metaldehyde from the UK market for outdoor usage in agriculture from 2020 onwards due to an “unacceptable” risk to birds and mammals. However, this decision was challenged in the High Court and was overturned in July 2019 with the legal challenge based on how the decision-making process was conducted by DEFRA. Currently, the previous expiry dates have been reinstated for all products, and the Health and Safety Executive (HSE) has confirmed that the sale and distribution of existing stocks is to expire on 31 December 2020, and disposal, storage and use of existing stocks is to expire on 31 December 2021. HSE has advised that a decision will be taken on the applications for re-registration of Metaldehyde products as soon as possible.

It is currently unclear when further information will be available about the future of metaldehyde, but please consider water quality if you need to use chemical slug control this year. For more information on best practice please visit the Get Pelletwise Enhanced Metaldehyde Stewardship website.