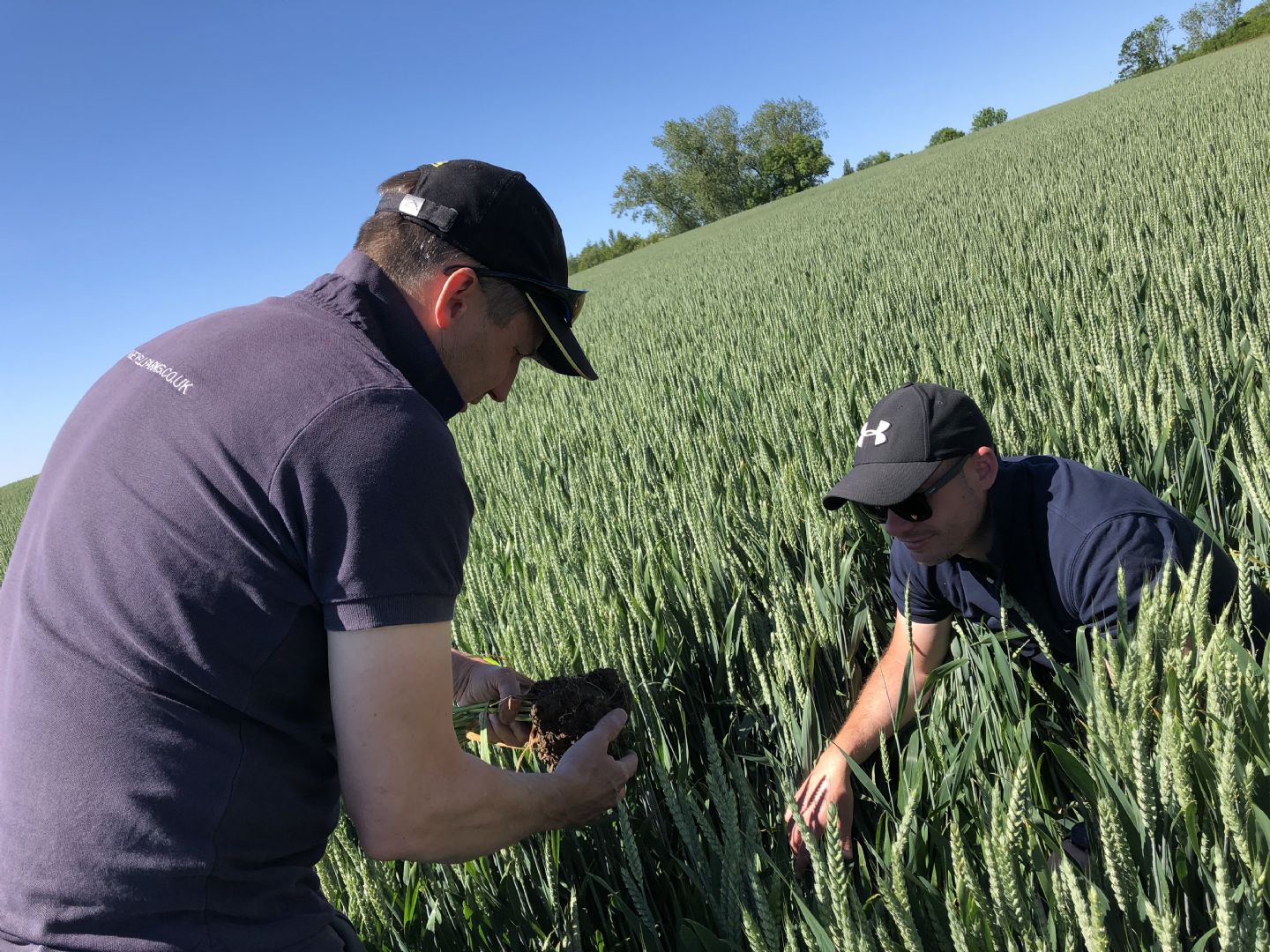 The Trustees have designed a strategy which is based on research and aims to address global issues. This is centred on enhancing the productivity of British agriculture to meet the challenges of a growing global population and increasing pressure on resources for food and energy.

The FPAT encourages leadership as one of its aims so following completion of the Worshipful Company of Farmers:  Challenge of Rural Leadership course in 2020, our Soils and natural resources manager, Deborah Crossan, made a successful application to FPAT and from this IFA have been awarded a grant to run the nitrogen reduction project.

As part of the drive towards the reduction of inputs and an already a growing acceptance for the need to reduce pesticides, an increasing number of progressive farmers are looking for ways to reduce nitrogen use on their farms.

At IfA we have continued to work with many of the original soil farmers who started the journey of soil improvements with David Gardner and Stephen Briggs, during the early days of the IfA soil programme.

One of the messages we have picked up when out on farms has been “what is the next level or direction from IfA? We have been on this journey and with you, so where do we go from here”?

The soil programme has been a great success, it is now on the agenda of most organisations and part of the general conversation …. but over the hill we need to be pushing towards a better future for farming and the environment.

Nitrogen reduction is our next challenge and will hopefully ensure the growth of stronger and more resistant plants, healthier soils and better profits but who will be helping farmers get to this level of competence?  The leverage will probably not come from the suppliers and the farmers who are currently trying to make these reductions have been met with a level of astonishment from some of their peers. A recent question at an event from a farmer to the speaker  “You cannot be a business man if you are willing to accept a tonne less yield by reducing you nitrogen application ?

We do know that Nitrogen use efficiency is poor, with the percentage losses for nitrogen in most cereal crops reported at over 50%, hence the need to remove nitrate from drinking water. This also has ongoing, serious environmental impacts on aquatic and terrestrial ecology. Despite improvements in precision application, these issues persist, and industry guidance encourages high N use…. A strange business model when c. 50% of the resource inputs are wasted.......who would buy a pint of beer and tip half away before starting to drink?  With the current price increases and supply concerns the pressure to reduce usage has escalated.

With the help of the FPAT funding, IfA have identified a small group of farmers who have shown an interest in reducing nitrogen use on their farms. By bringing these farmers together and creating a Community of Practice (CoP) using our designated portal to share thoughts and best practice, we hope that this will allow a nucleus to  grow the skills and competencies in a safe space for discussion and development. If you would be interesting in applying to partake in this CoP please get in touch at info@i4agri.org The launch of this group and 3 other CoPs in topical areas will be at FarmED on 1st March 2022, kicking off with a farm walk and the official launch of the IfA portal.

Next month we will run a feature on the event and an update on the first meeting.