Heaps of grass, cows and rain - the South West down under 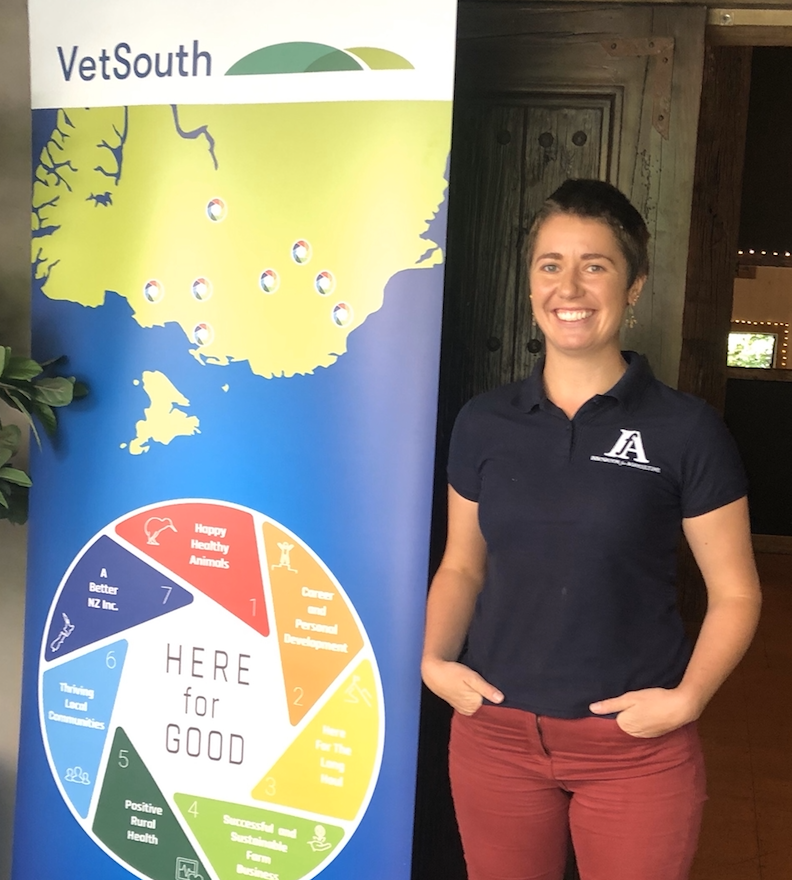 After spending the first 6 months of 2019 buried in the mammoth task of writing a PhD thesis, I thought it was time I went to New Zealand (NZ) to see what all the fuss was about.

In my new role as Head of Precision Livestock at Innovation for Agriculture, visiting NZ was a great opportunity to start establishing international connections and finding out what we could learn from the kiwis and vice versa. The aim was to immerse myself in NZ agriculture and forge partnerships that could benefit UK agriculture into 2020 - the year of our divorce with the EU!

There were several topics I wanted to find out more about in order to develop innovative and practical projects at Innovation for Agriculture. These were;

1) Antimicrobial Stewardship – how did NZ compare to the UK?

2) Farmer-led approaches – were farmers taking matters into their own hands and how?

3) Environmental challenges, such as water pollution and emissions

The first thing that struck me about New Zealand was how green it was. There was plenty of rain during my time there; spring in New Zealand is not so different from the UK it turns out. As a result, this makes it great for growing grass and rearing livestock, such as cattle. Farming is one New Zealand’s primary industries along with forestry. Agriculture accounts for a whopping 50-60% of their GDP, which when compared to our measly 0.6% puts things into perspective! Historically, beef and sheep have been the main agricultural enterprises but in the last 20-30 years, dairy farming has seen a major increase in output with a deluge of sheep/beef farms converting to dairy units. This has not been without controversy; the farming press was awash with stories about farming’s carbon footprint and the looming changes to water regulations. Soil erosion and nitrate leaching were areas the dairy sector were keen to address. 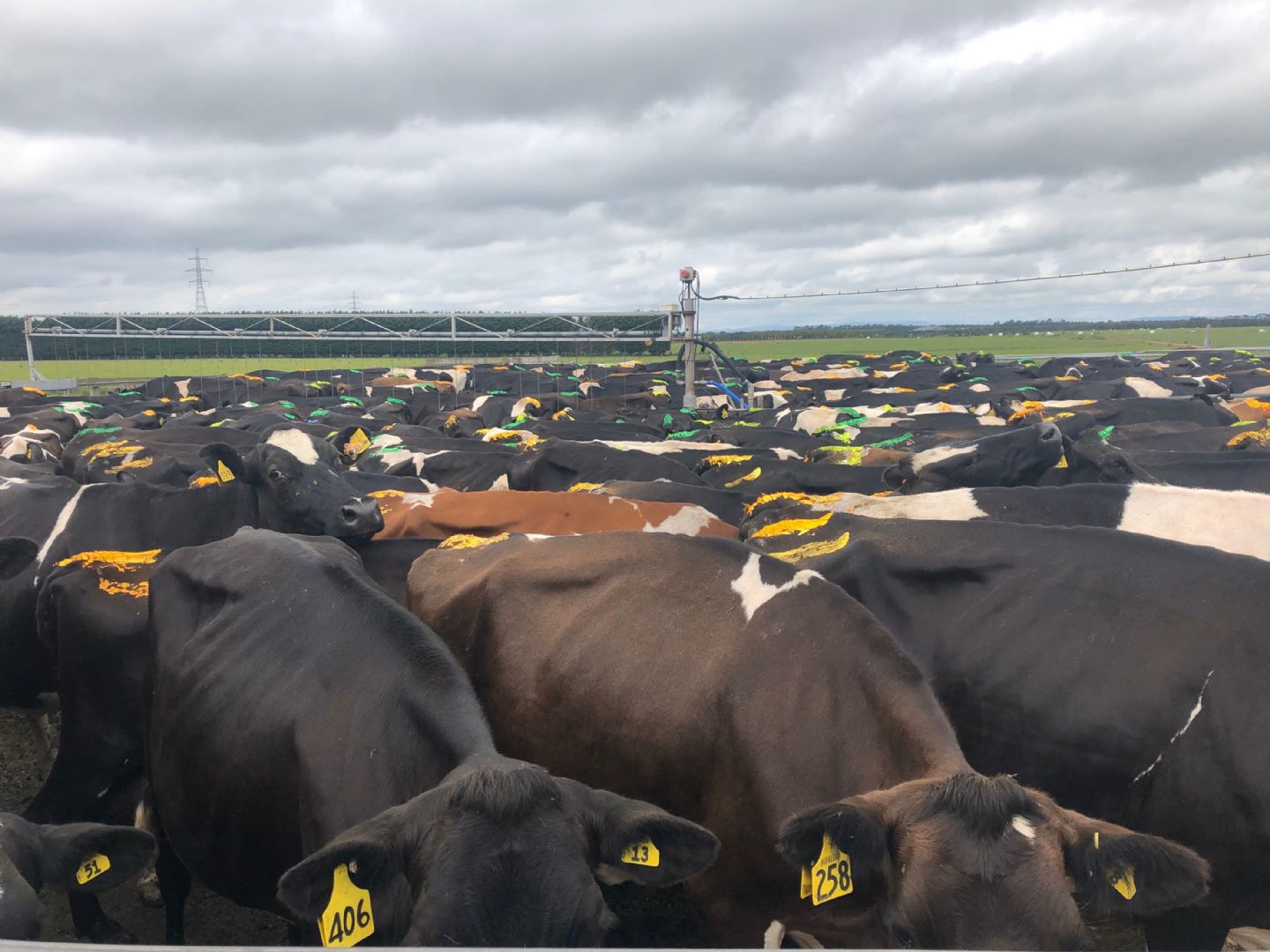 One of the factors that contributed to this rise in dairy farming occurred in 1984. Severe national debt and political re-structuring resulted in a suite of government policies nicknamed ‘Rogernomics’; farming subsidy essentially stopped overnight. Farmers were forced to cope, adapt and find ways to farm without subsidy, if they were to remain viable businesses. Those that did not, were forced out with tragic outcomes. Suicide and depression were sadly common. However, on my tour of the country and from discussions with farmers, it turned out to be quite difficult to find anyone who was farming at the time or remembered it well. Those who were farming then and were successfully farming now, looked back at that point in time with rose tinted glasses and claimed it was the best thing that happened to NZ farming. It sure made Kiwi farmers more resourceful and independent!

My work took me first to the Waikato region on North Island - a particularly good area for dairy farming – where I met with organisations, such as Dairy NZ (AHDB Dairy’s equivalent) and AgResearch. They gave me a good background to the profitable industry. ~94% of NZ farming produce is exported, mainly to China and Australia. With a population of only 4.5 million people, they produce far more than they consume, and their lucrative export markets are a huge driving force in how they farm and do business. Even their concerns about reducing antimicrobial use (AMU) are partly driven by the interests of their export markets, not just human health!

AgResearch were a great organisation to link up with and I was even lucky enough to stay with Dr Margaret Brown during my time on North Island.   Not only was she a fountain of knowledge on all things farming and farmer-led, she kindly showed me around her and her husband’s sheep and beef farm. Her participatory research work with farmers has been pivotal in getting farmers’ voices heard in the climate change debate as well as helping policy makers understand farming. Her colleagues – Tracy Nelson and James Turner- also shared their research on co-innovation and understanding and improving rural resilience. The mass exodus from rural towns to the cities has been quite pronounced in recent years. Changes in the farming industry and the rise in forestry have had a role to play. The loss of young skilled labour from rural communities and the short-term seasonal work offered by forestry have taken their toll on local community services. AgResearch have done lots of work looking at re-addressing that, nevertheless, 80% of the population live in the cities and they are as much worried about the vegan movement on the future sustainability of livestock farming as we are here in the UK.

Dairy NZ were also doing fantastic work around knowledge transfer and knowledge exchange in farming, with several projects on managing farm staff, meeting new environmental regulations and improving animal welfare. I had multiple meetings with their team to discuss human behaviour change and facilitating farmer groups, which was a great chance to exchange experiences and share tips. They were keen to adopt more facilitatory tools when running discussion groups and supporting change on farm. Later in my trip, I caught up with some of the consulting officers, as they are known, and they had started using activities like mapping with farm workers to improve discussions at meetings. There were, however, similar challenges within Dairy NZ as AHDB experience here in the UK. With such a large country and so many farmers, how do you prioritise what support is offered and how it is delivered?

Helping farmers meet animal welfare legislation was one key aspect to DairyNZ work; it seemed the lack of any national farm assurance and reliance on minimal ministry legislation was taking its toll on farm animal welfare standards, and perhaps the public perception of farming in city communities? In October 2019, the NZ government brought in the ban on tail docking in dairy cows as well as the legal obligation to provide anaesthesia for disbudding calves. We have had this legislation in place in the UK for over 10 years!

During my time on South Island, a report was released on intensive winter grazing of dairy cattle. It was a largely negative report and called on the industry to do more to improve how dairy cows are managed, particularly when grazing over winter. Stories of cows standing belly-deep in swamp-like field conditions were not uncommon. Nevertheless, the amount of rain that Southland receives is also a challenge. There was a real need for the whole supply chain to collaborate and find practical solutions.  Perhaps grazing dairy cows are not so green and glorious as first thought?

I spent three weeks of my trip in Southland, at the very bottom of the South Island, where I worked for a veterinary practice called VetSouth. I helped them to develop and expand their existing participatory, farmer-led project on antimicrobial stewardship. This was a Ministry of Primary Industry funded project to improve animal health and they were keen to enrol more farmers to the project. VetSouth organised a series of workshops and meetings to spread the message of disease prevention and responsible AMU, which farmers in the first phase of the project had come up with. It was also a fantastic opportunity for me to talk with Southland dairy farmers. 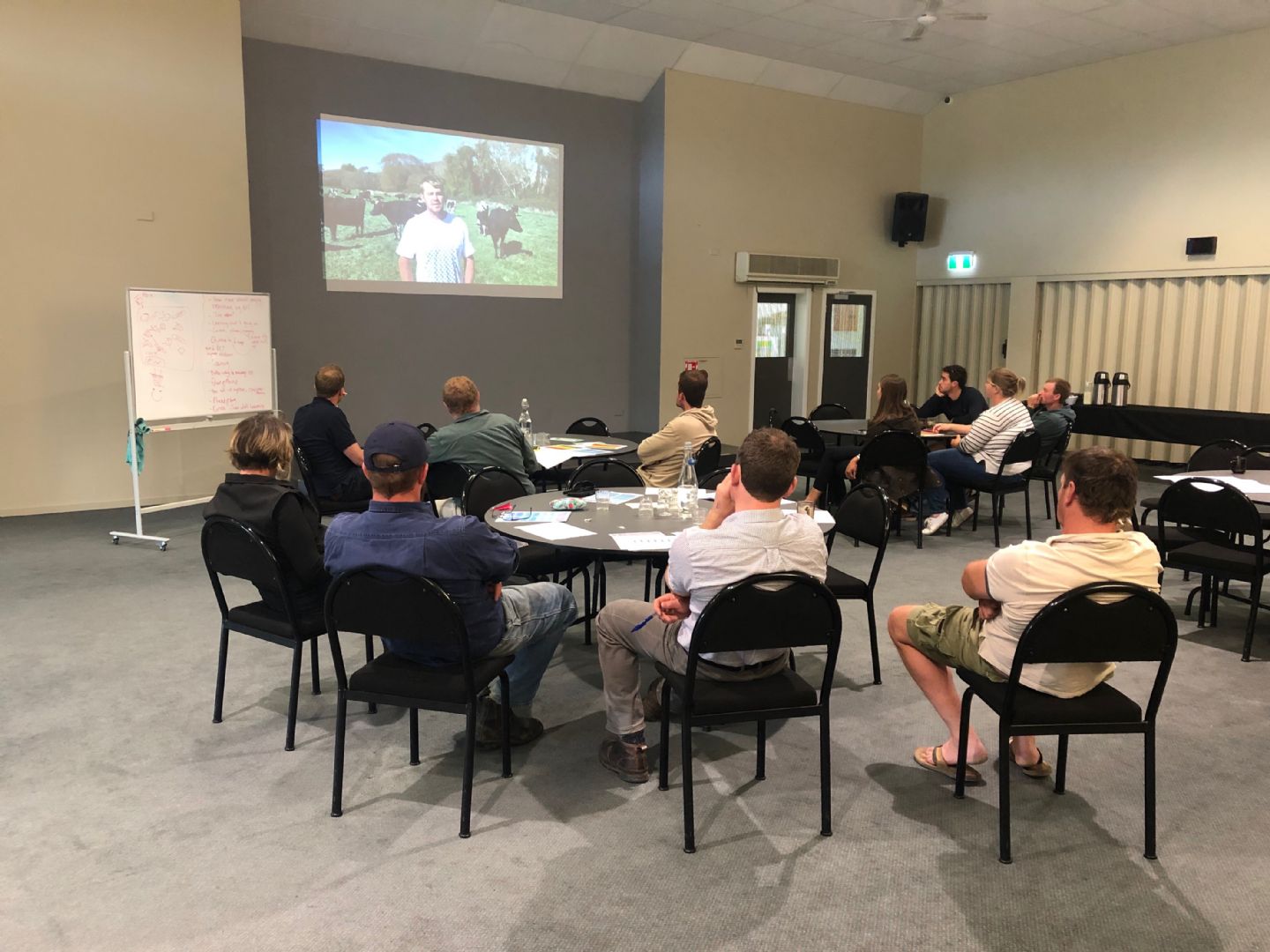 Alongside staff at VetSouth, I facilitated the workshops in order to recruit more farmers to the project. At these meetings we covered some of the following subjects;

Several things struck me about dairy farming in New Zealand compared to the UK. Firstly, blanket antibiotic dry cow therapy was still common practice and the use of internal teat sealant was rare. This was despite the fact many veterinary practices offered farm tech services to do the drying off for farmers, which negated the risk of poor insertion technique. In fact, many dairy farms were using this service to dry off heifers! Secondly, the NZ cattle industry has an impressive animal tracing system that is online (no paper passports) and based on electronic ear tags (for cattle and deer at least). However, it became apparent whilst in NZ that many cattle were untagged or unaccounted for, even at market, so compliance could be improved. Thirdly, monitoring of herd level disease, such as Johnes, BVD and IBR, was infrequent and there seemed to be a paucity of effective national schemes that farmers and vets could sign up to. Discussions with academics from Massey University suggested the levels of BVD were high in the national herd (45-50% exposure) but there was a somewhat naive attitude to the impact and therefore control of the disease. I found this surprising considering their recent Mycoplasma bovis outbreak, then again that was occupying a lot of government time and energy to eradicate.

Antibiotic use revealed a further difference between the two countries. In the UK, there has been a 53% decrease in sales of antibiotics since 2014 and a 9% decrease since 2017. Total AMU now stands at 29.5 mg/kg (Population Corrected Unit) for 2018. The decrease over recent years has largely been down to the co-ordinated effort of every food sector improving the way antimicrobials are used and focusing on improving animal health (e.g. sales of cattle vaccines have increased by 20% since 2011 in the UK).

Despite these apparent advantages that the UK appears to have in the realm of responsible AMU, NZ agriculture is still a comparatively low user of antibiotics and dairy cows are treated much less and with fewer, if any, Critically Important Antibiotics than the UK. There are many opportunities for the UK to learn from NZ and for NZ to benefit from our experience and knowledge as an agricultural community. I found the people I met along my trip were keen to engage further with us and to help us navigate our new path as we leave the EU. My next task is to bring together all that I have learnt and form an international network that can work together to demonstrate and practice sustainable farming, for animals, for people and for the environment we depend upon.

Lisa Morgans is head of Precision Livestock at Innovation for Agriculture. Lisa is a Postgraduate Veterinary Surgeon from the University of Bristol and has previously focussed her work on reducing antimicrobial use on UK dairy farms through farmer action groups.