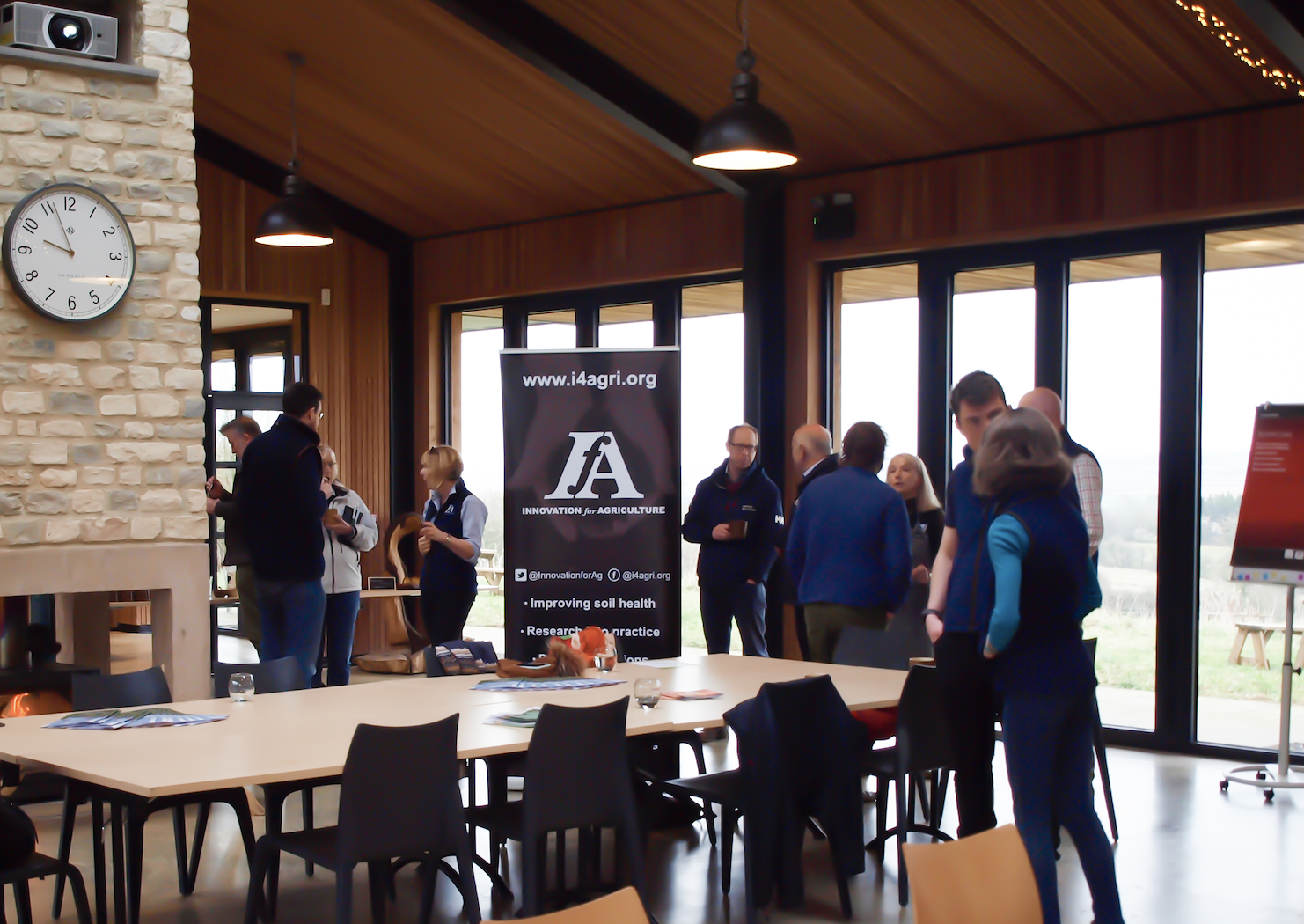 A community of practice (CoP) is a group of people who "share a concern or a passion for something they do, and who learn how to do it better through regular interaction". The specifics of who participates in a CoP and how often they interact is very flexible and is best decided by the group itself. The lifespan of a CoP is also flexible based on how quickly the group decide they have reached their chosen outcomes.

For farmers, the benefits of participating in a community of practice may include:

With members of the IfA team experienced in the process of knowledge exchange through CoP groups, and thanks to vital support from the Garfield Weston and Frank Parkinson Agricultural trust, earlier this month IfA launched four Communities of Practice at FarmED. These were launched as a tool to help move forwards the knowledge of farmers in key agricultural issues, whilst better equipping them to face the critical issues challenging agricultural production in the UK currently. The four CoPs are:

3. Nitrogen - weaning off the inputs

4. The challenge of Glyphosate removal from farmers toolkits

30 farmers from across the country joined IfA to participate in the launch of the CoPs. These farmers will form the core group within each topic and as time goes on, they will invite others to participate and join in the conversation.

A crucial aspect of a successful COP is trust and willingness to converse amongst participants. With this in mind, we believed it essential that each group had a chance to get to know one-another before we initiated the conversation. FarmEd was the perfect place to do this. Kicking off the day with a 'FarmEd farm tour', here the farmers saw nitrogen trials, heritage grains, a micro dairy which was part of a rotational grazing experiment, and the FarmED community gardens - which has become an impressive project in its own right. This, followed by a home produce lunch, allowed the farmers time to discuss the opportunities and challenges facing the industry, ahead of their more detailed conversation in the afternoon.

Once the participants were more familiar in each others company we initiated the CoP discussion. Participants joined the discussion group where they felt they had the most affinity and willingness to learn. We allowed over an hour for this initial discussion but participants could have discussed the topics all night! Once the goals of each CoP were identified, the farmers headed home and took the conversation online to the IfA CoP Portal. Created to facilitate the ongoing discussion of each group, the portal can only be accessed by members of each CoP. This ensures participants feel confident to share their views, practices and failures in a space which can only be seen by other members of the portal.

The response to the launch of the CoPs was hugely positive, and we look forward to facilitating the conversation and future farm tours and events with each group ongoing.

Stay tuned for the initial findings!