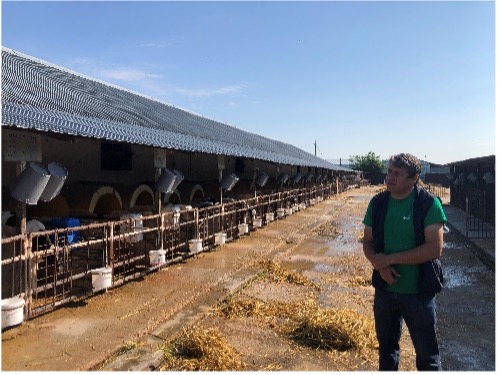 As part of the DISARM project, IfA's Richard Lloyd was lucky enough to travel out to Romania earlier this month. The purpose of the trip was to bring farmers and advisors together from countries across Europe, allowing them to experience first hand the Romanian farming practices, whilst providing the opportunity for peer-to-peer learning and discussion.

In this latest blog from the IfA team, Richard writes about his experiences...

' It is fair to say that this trip featured superb hospitality throughout. It began with Graham and myself being picked up at the airport by Stelian, Livia, Ann-Marie(translator) in the chauffeured University minibus, visiting a variety of farm types, and treated to traditional Romanian meat based cuisine in a wonderful settings! 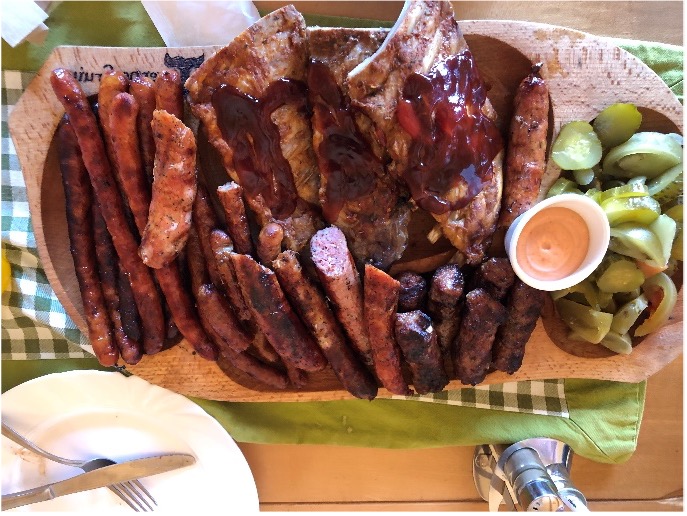 Day 1 began with a visit to USAMV’s University farm Moara Domneasca.  The farm has a typical hierarchy of Director, then a farm manager, with each department having an expert (often trained at USAMV and the Agricultural faculty – and referred to as an “Engineer”) in charge of policy.

There was an impressive investment in the hatchery (Ducks and Geese), and value was added to the orchards by bottling their own apple juice.

Syngenta had sponsored an educational facility which trained the younger generation in the correct handling of sprays including best practice  examples of a store room, disposal facilities, and a bunded sprayer wash station. 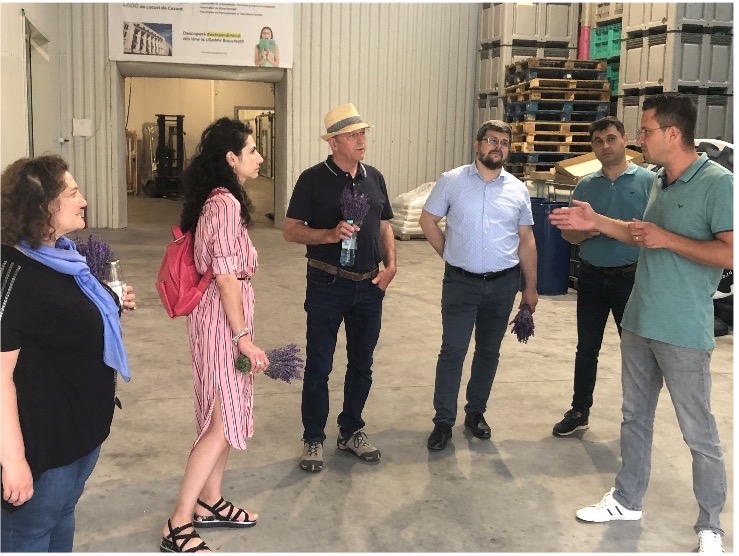 The dairy herd is around 27 Montbeliarde cows sourced directly from France, fed on a complete diet. The cows were fit and healthy, but there was a desire to increase their milk yield. Cross breeding with Holsteins was not an option due to Government policy. Bogdan, the dairy engineer, was not available to answer specific management details. 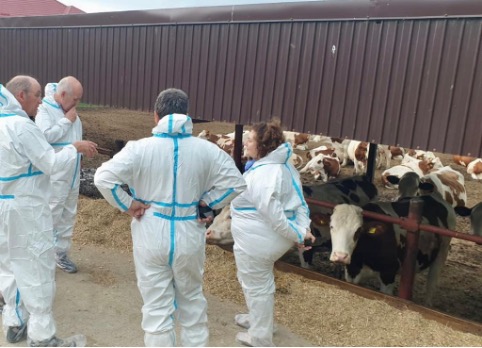 We travelled South-East to the Danube Valley, to an Investor owned modern 650 cow Holstein herd (Ulmeni Dairy farm). The dairy was well managed by Vio, a former student of Livia’s,  with cows averaging 33 litres a day, and using GEA rumination collars. The health benefits of the collars were seen as equal value to the reproduction benefits. One of the major issues was heat stress in the summer, which saw plummeting conception rates, despite the fans and a misting system. 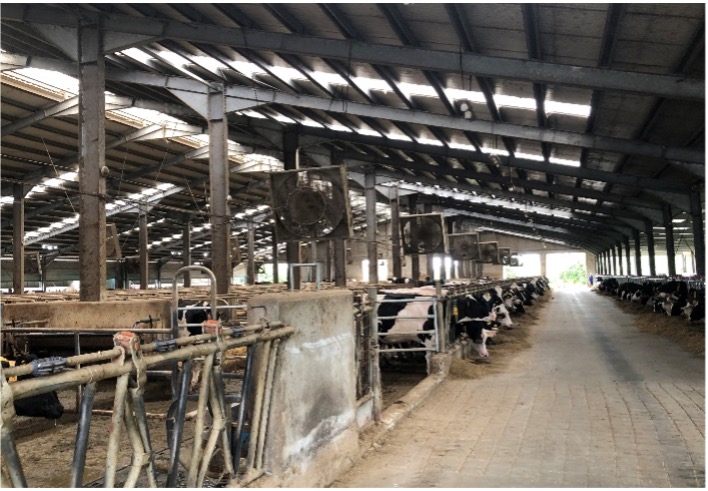 Another was the difficulty in trusting the many staff to correctly follow protocols. However the farm Vet was extremely impressive (the son of a USAMV professor) and he described the difficulty in persuading Romanian farmers to reduce prophylactic antibiotic use ( e.g antibiotic dry cow therapy) . After talking to Graham about his experiences with using sealant, and Richard about motivating owners to reduce antibiotic use  he felt in a much stronger position to recommend reducing antibiotic dry cow therapy to farmers.  A good example of the benefits of the value of international crossvisits.

Another was the discussion on cubicle design. The cow cubicles were ideal, with over 95% of cows lying down. These were straw bedded, and there were only 2 to 3 cases of mastitis per month. However there were issues with mattress/chopped straw/lime cubicles in the heifers with dung on the cubicles, and excessive hock lesions/swellings. Graham was able to provide practical advice as he had the same system.  The farm had a large arable enterprise and had started to grow Soya.

We had lunch at Taverna Gruiu – the roadside Tavern of the Gruiu Agrotourism business, which included a large fishing lake, surrounded by high class rental chalets, and a second lakeside restaurant. The beef, sheep, pig and dairy enterprises, managed by Durztu, only produced product to supply his restaurants and a shop in Bucharest. Durztu was proud of the low antibiotic use in his stock, and the biodiversity of the land on which they were kept. He felt the provenance of the food gave the café a competitive edge, and enabled him to achieve much higher returns from the meat and milk. 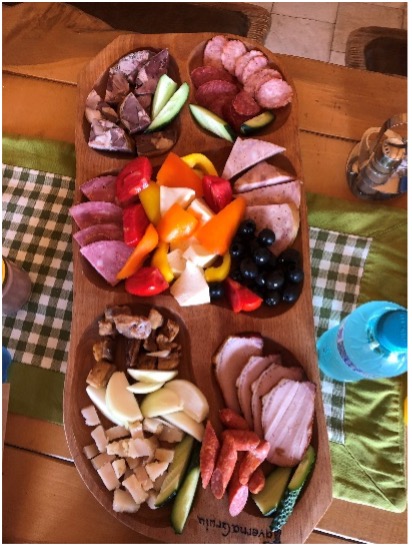 There had been an extreme weather situation the night before and this was reflected in the amount of water on the farm track to grazed animals, and the sheep coral itself. The flock consisted of Marinos and Suffolks. With shearing scheduled later due to the heat of August and September.

The Limousin beef herd rotationally grazed on 4 large 20 ha paddocks, situated in the valley between two rivers which had previously been paddy fields.

The 17 head dairy herd supplied unpasteurized milk to vending machines at the restaurants.

The pig enterprise  consisted largely of traditional ( hairy) Romanian Mangalitsa pigs . A landrace sow had also been introduced, however the Mangalitsa piglets out-competed the Landrace ones to such an extent that only 2 out of a litter of 14 had survived. A steep learning curve that management was addressing. 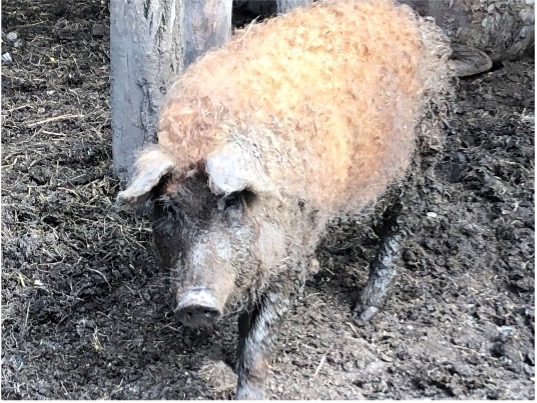 At the main farm, also the site of the on farm abattoir, a newly built dairy shed had been converted to overwinter the beef herd. It was a hot afternoon, but it was noticeable how cool it was inside, and also the amount of insulation under the roof.

Our final visit was an insightful visit to the Afumati dairy farm,  a former communist collective farm, which had been purchased in the early 2000s by the farm director.  This was a mix of older darker sheds and a modern, comfortable milking barn.  The manager had made big improvements, but it was always challenge to secure new investment from the owner to make changes. 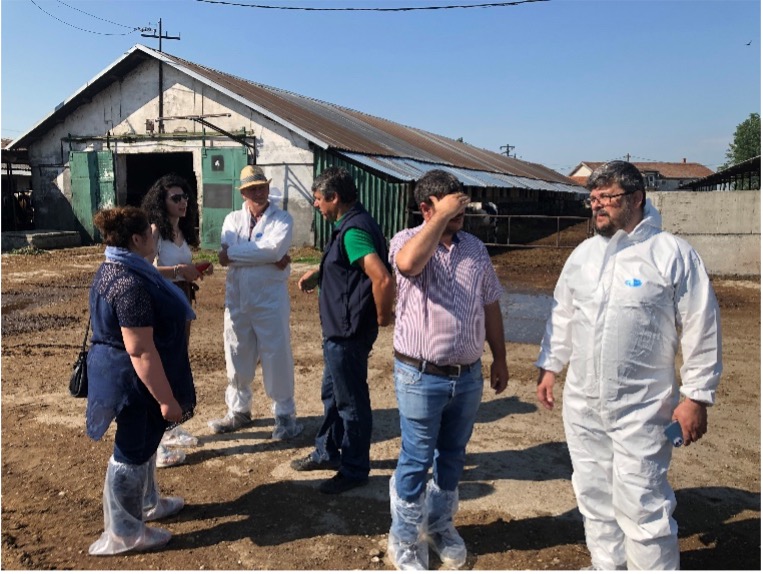 The milking barn was again well insulated and cool, and heat detection was achieved via Delaval activity collars. The calf housing and hygeine were meticulous, however there was still a protocol of prophylactic antibiotic use in the calves due to historical issues with Coccidiosis. We had a wide ranging discussion on the benefits of adding rumination to activity, and the potential benefits of combining the sexed semen with beef crossbreeding. 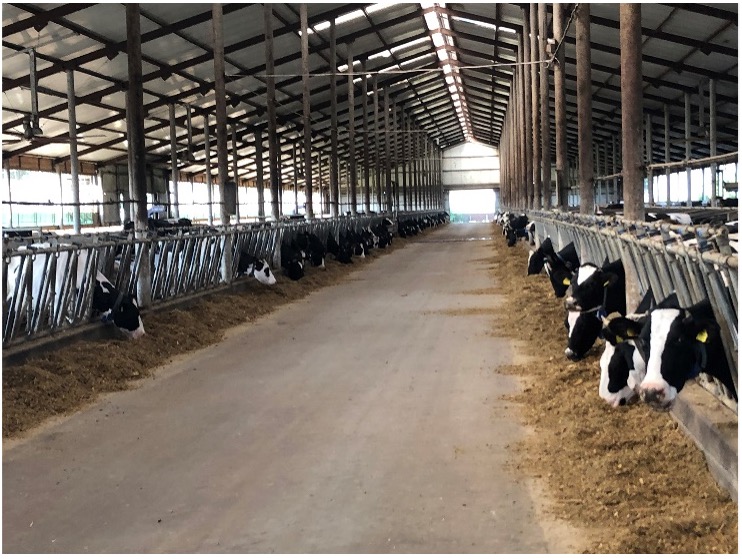 A general impression gained from the farms was that management has been improved by the younger generation of quality graduates from USAMV and other universities. However there is still widespread prophylactic use of antibiotics, and the multi-actor approach would benefit from being able to include/ motivate the owners, who, in the larger farms, are often only financially involved in the running of the farm on the environmental/ human health benefits of reducing antibiotic use. This may well be easier to write than achieve.

Many thanks again to Livia and Stelian for their organisation and hospitality, and to Ann-Marie for her translation skills, and to the farmers for welcoming us to their farms, and taking the time to travel long distances to continue the conversations over dinner in Bucharest.'

Richard would be very willing to answer any questions about his trip to Romania and can be contacted on richardl@i4agri.org