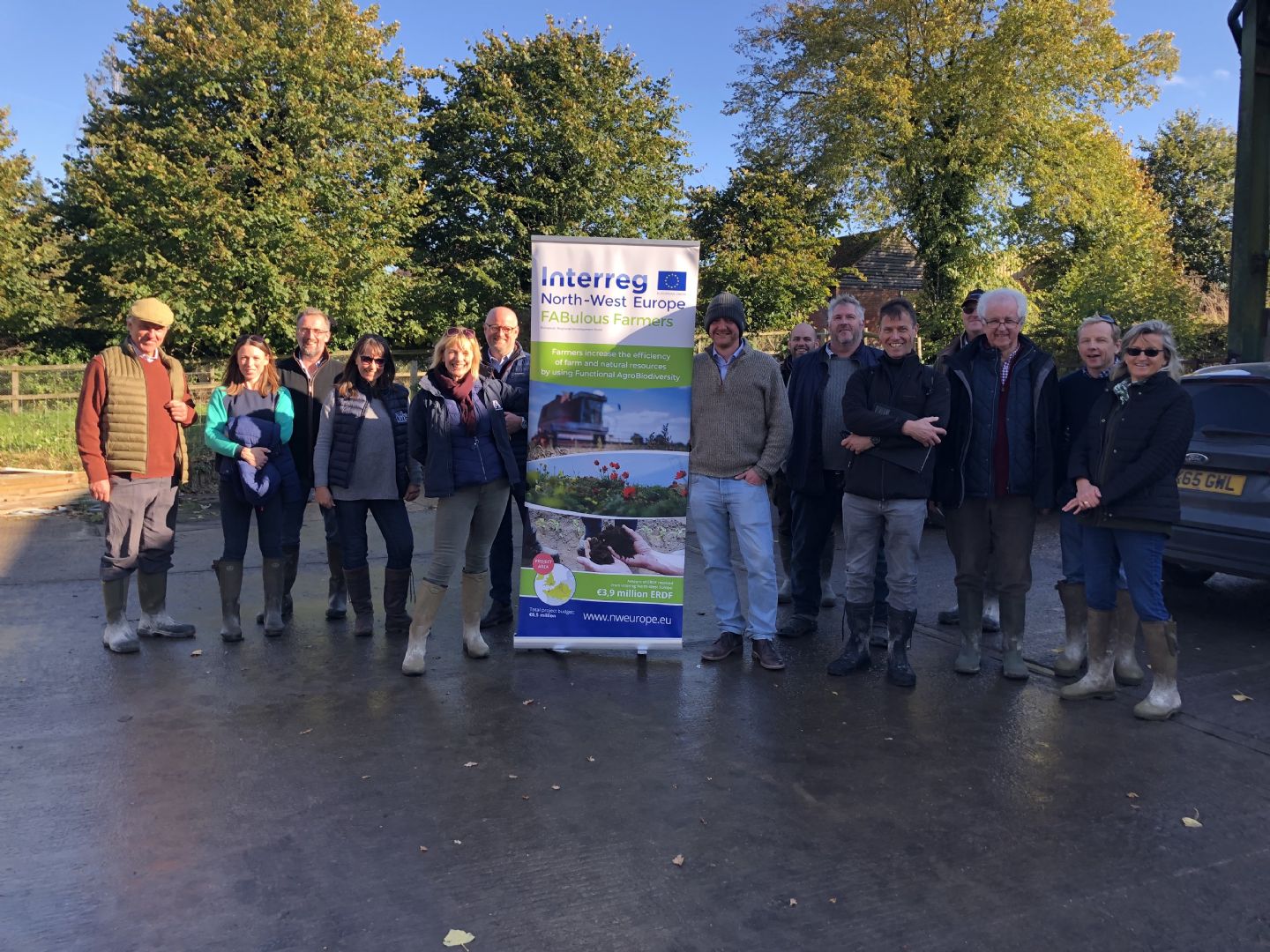 The aim of National Trust Farming Innovation Group (FIG) project was to introduce National Trust tenants and land managers with innovative approaches to sustainable agriculture practices which are currently being used in the UK agricultural and horticultural industries. The FIG project, now in its 4th year, has the objective of equipping the National Trust tenants and land managers with the knowledge, confidence and the support network to introduce sustainable agricultural change within their own farms and estates.

As part of the project, the National Trust approached the team at Innovation for Agriculture (IFA) to organise and run study tours for the FIG delegates to showcase some of the best farm innovation and management practices on leading farms. Following 3 very successful national tours, the National Trust, realising the value of the project but accepting 3 or 4 days off the farm was too much for many farmers to undertake, decided to fund 7 regional day tours.

So, starting at the Blickling Estate in Norfolk in November last year, we arranged a full day of visits for 20 farmers, NT agents and the Agriculture and food team at NT.

Duncan and Mary Macgregor, along side their farm manager Leigh Nobes, gave a very warm welcome to their 400ha mixed organic farm.  The group enjoyed a great walk round the arable unit which incorporates pedigree Beef Shorthorns and Poll Dorsets into the rotation. The farm have invested in the sustainability of the arable unit through machinery and irrigation and won an environmental award for wildlife-friendly approaches. The farm is increasingly being recognised for its exemplary approach to sustainable organic agriculture and for producing high quality livestock alongside extensive work to increase biodiversity.

The farm follows a seven-year rotation with crops including wheat, barley, oats, peas and beans. Land is also licensed to an organic vegetable grower for carrots and potatoes, made possible by the new 100,000m3 reservoir. The Macgregors aim to combine the best of minimum tillage, regenerative agriculture and organic principles. So for example, in their words, they are prepared to plough, but not a lot.

Farming without chemical inputs requires meticulous attention to detail and a commitment to soil health and fertility. Recent investment in farm machinery, including the System Cameleon and Einbock Aerostar, has really helped to step up the mechanical weed control. This is particularly important given that the majority of cereals are grown for seed. Clover leys in the rotation and the use of cover crops both play an important role in building and maintaining soil fertility. The livestock also play a crucial part in the farm overall, providing manure which boosts soil organic matter as well as grazing cover crops and clover. 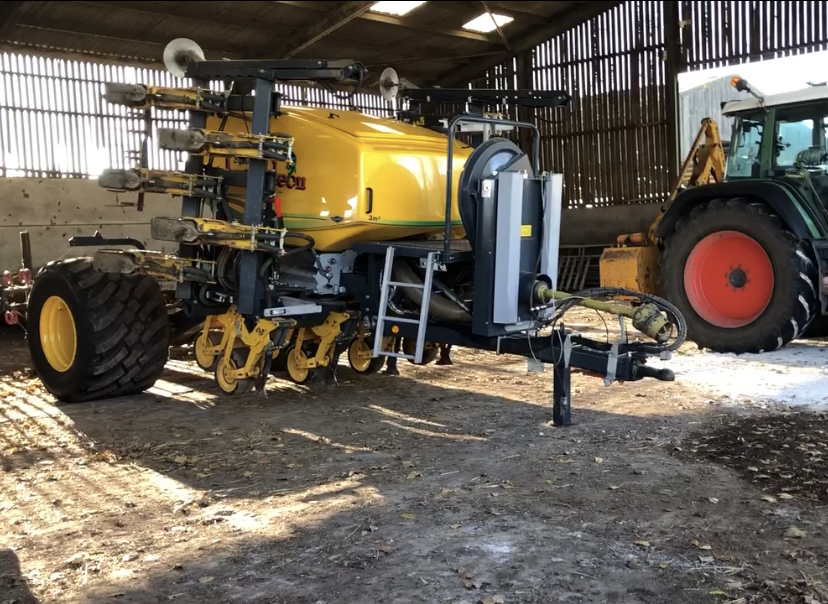 Mechanical Weeding is a crucial part of the Macgregors system.

Visit 2 took us to Deepdale Farm for lunch from their own café and a talk from owner Jason Bothwick and estate manager Nathan Nelson. Deepdale is an arable farm set in a stunning location at Burnham Deepdale on the North Norfolk Coast. The farm overlooks Brancaster Staithe Harbour, Scolt Head Island and the salt marshes. They balance farming, conservation, tourism and community. Currently in organic conversion, the farm is managed for wildlife, whilst growing combinable crops in a rotation focused on natural fertility building and soil health. The conversion will be over 2 years and the farm management also includes regenerative practices, diverse leys and grazing sheep via a livestock licence with local farmers.

Deepdale is currently in a 5 year rotation. In years 1 and 2, a clover ley builds fertility and organic matter. This may be grazed or cut and mulched, where the cut material is left on the soil to break down. In year 3, a cereal uses some of that built-up soil fertility. In year 4, a legume acts as a break crop, interrupting cereal sowings and minimising the risk of disease being carried from one cereal crop to the next. The legume also fixes its own nitrogen, leaving some in the soil for the following cereal crop. In year 5, a cereal such as barley finishes the rotation and uses what’s left of the fertility in the soil. The barley can be undersown with clover which is then left in after harvest to start the rotation again at year 1.

60% of the farmed area is managed for wildlife, through a mid-tier Countryside Stewardship scheme. Deepdale is unique in its system of growing crops in 5ha plots around the farm; these are surrounded by features for wildlife. 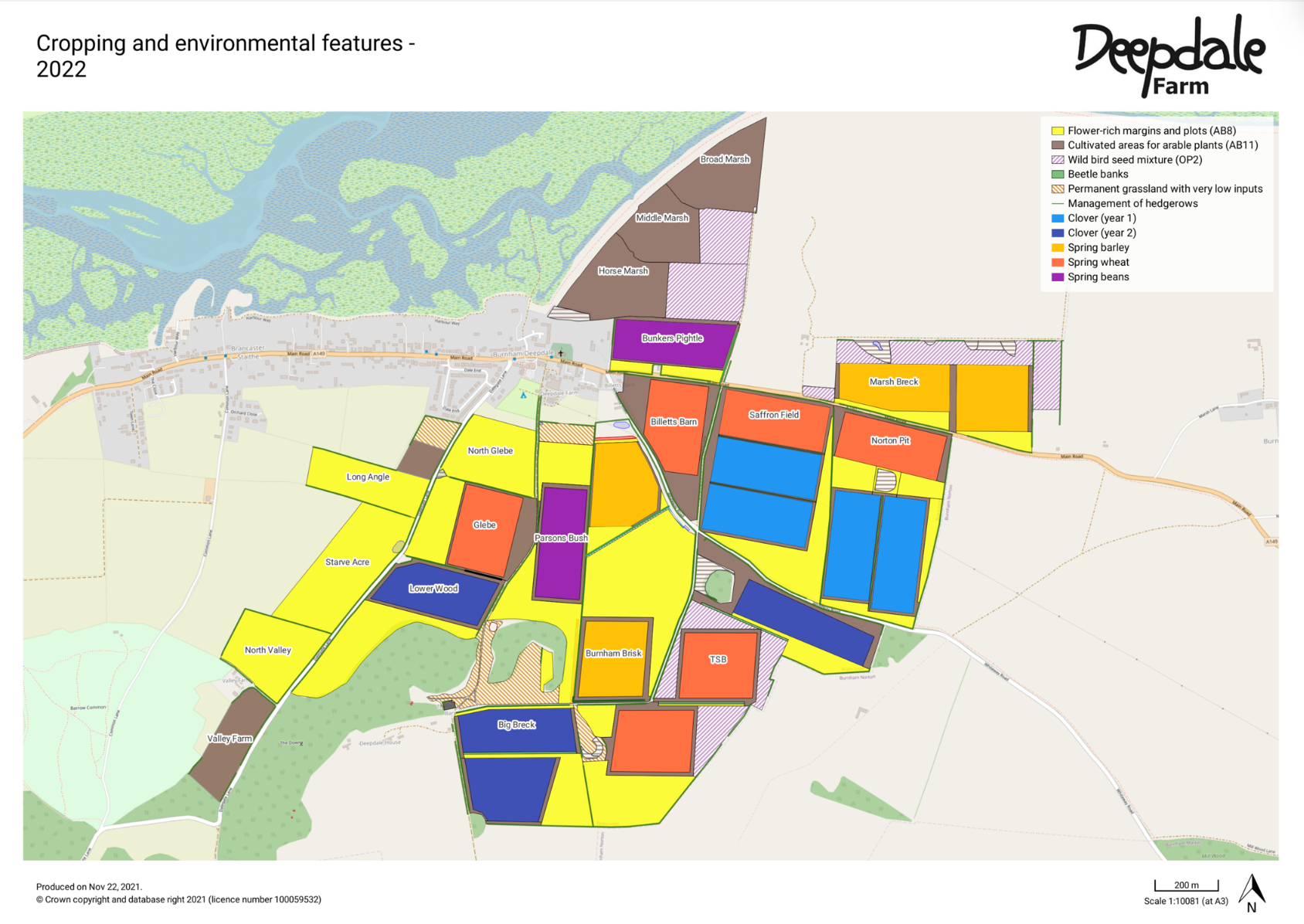 This map shows how the 5ha plots work within each field at Deepdale.

The final visit took us to Mrs Temples Cheeses at Wighton where the study tour saw an excellent example of a fully circular system. An on site micro AD plant powers the whole farm including the cheese making facility. The beautiful herd of Brown Swiss cattle were selected for their health and hardiness and antibiotic usage since switching away from the Holsteins has been minimal. Concluding this fascinating visit, the tour headed back to the Buck Hotel for supper and a few drinks for the locals.

A few of the Temple Farm Brown Swiss Cows... and IfA's Deborah Crossan!

Interested in being involved in an IfA study tour? Let us know by contacting marthah@i4agri.org