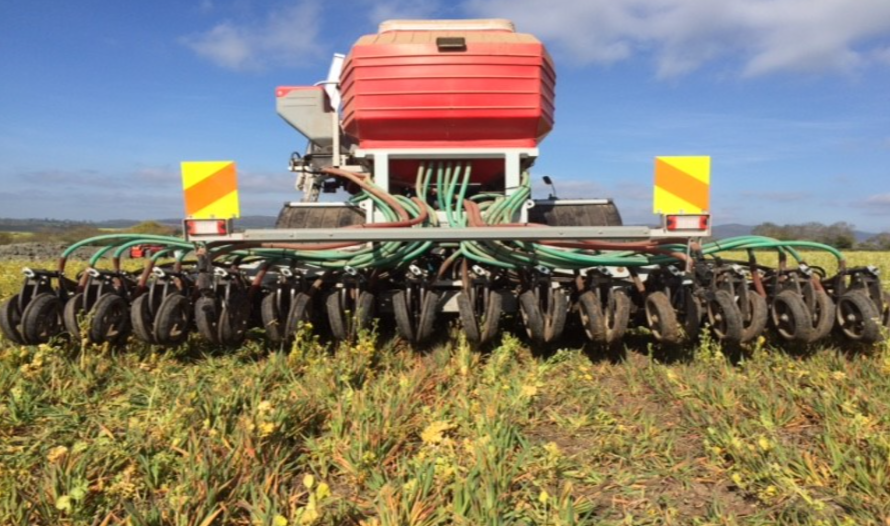 Innovation for Agriculture have been part of a team advising on the transition to regenerative agriculture at Bradford Estates.

IfA's Stephen Briggs, along with Simon Jeffery, reader in Soil Ecology at Harper Adams, have been developing a strategy that will transform the current farming system to more sustainable methods.

Bradford Estates, which owns 12,000 acres of land, farms and properties across Shropshire and Staffordshire, will introduce the regenerative farming strategy on 3,600 acres of farmland in Shropshire, which will return to being managed directly by the Estate.

Regenerative Agriculture involves farming in a way that prioritises soil health and conservation as the heart of the operation. Often mixed farming, where livestock are used as tools to heal the land between crops, is seen as a vital part of this solution.

The strategy that has been developed will include increasing ground cover crops, the introduction of livestock which will be managed in mob-grazing systems and direct drilling.

The estate also plans to create habitats for natural insect predators, such as ladybirds and starlings which will reduce the need for chemical pesticides.

These changes will enable a more holistic approach to land use with an enhanced focus on conservation. Emerging practices such as carbon monitoring and sequestration will also be explored in anticipation of ELMS.

Head of IfA Soil & Water dept. Stephen Briggs commented that "Bradford Estates have recognised that their most important asset is the land and soil and it’s vital that it’s in a healthy state." Stephen described the plans for Bradford Estate as 'bold steps for increasing soil health'.

Once implemented, this will be one of the largest Regenerative Agriculture systems in the UK. To find out more about Bradford Estates click here.