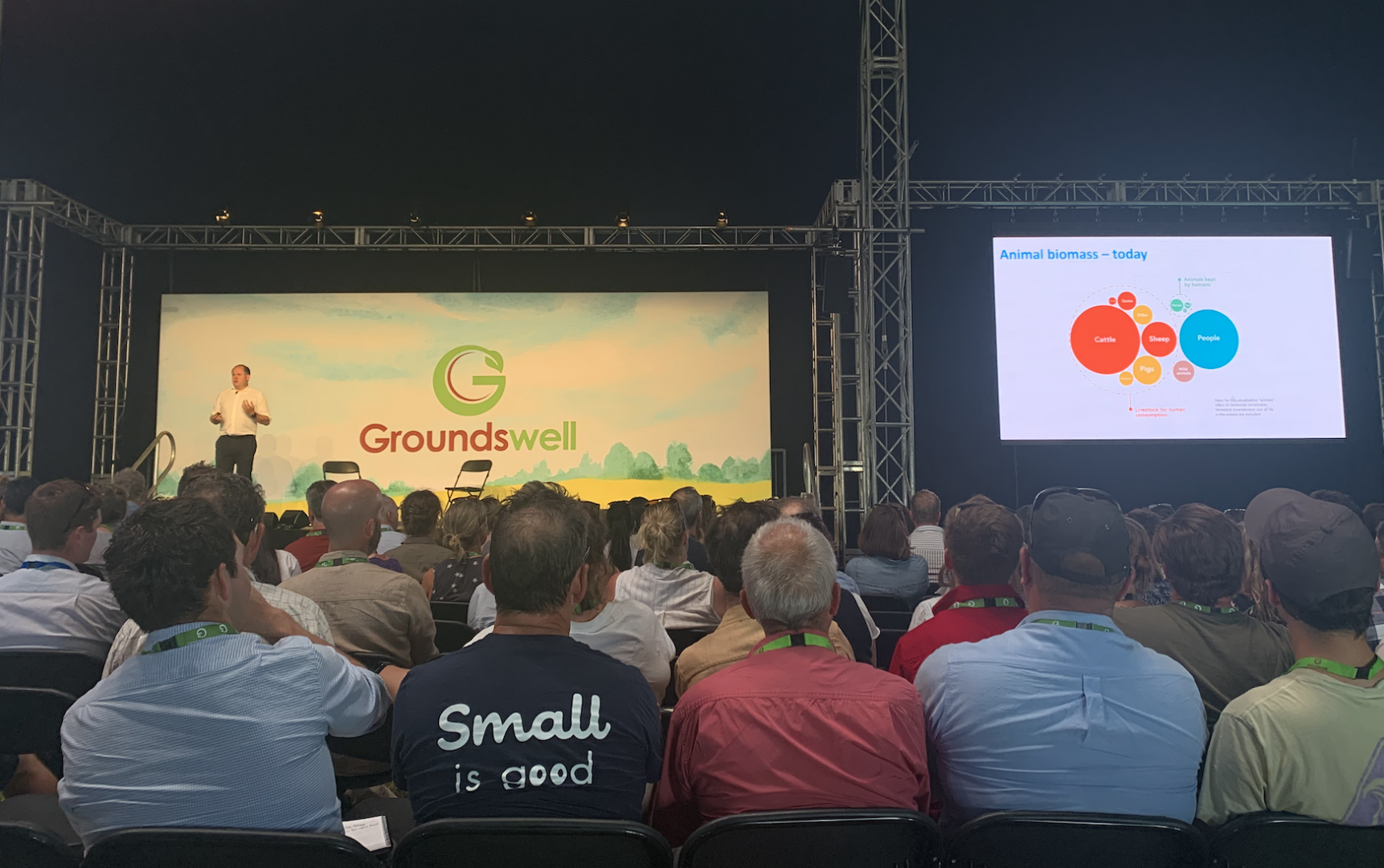 Groundswell 2022 saw record numbers of farmers making the trip to Lannock Manor Farm in Hertfordshire to explore the benefits of Regenerative Farming. Rocketing input costs, growing environmental pressures, and shifts in agricultural policy are all factors which are contributing to the ‘perfect storm’ for many in the Agricultural industry currently.

Yet despite this, the atmosphere at Groundswell was overwhelmingly positive. The principles behind ‘Regenerative Agriculture’, a topic once considered too left of field (excuse the pun), are now seen as the answer to a low cost and environmentally sustainable farming system.

Of course, there were a few grumbles. For some of the original Groundswell Gang, they felt that the event had become too large and that some businesses were there for the wrong reasons. But on the whole, the general feeling was that of encouragement. An opportunity for farmers to learn from one another, an honest reflection on what worked and what didn’t. For an industry that is notoriously private, this event saw farmers lay themselves bare for the scrutiny of others. The result was a collective feeling of trust – we’re in this together.

Over two days, the event ran over 140 sessions, here are some of our highlights….

In brief, he felt that the response was ‘half baked’, and lacked ambition. His recommendations for a salt and sugar tax were, in his words, ‘too political for an unstable government to implement’. More positively though, Dimbleby’s call for a focus on home-grown food, including strengthening supply chains and boosting food production, were noted and led to the recent white paper including:

For IfA as a charitable organisation focusing on the exchange of knowledge within the farming community, a particular highlight of the entire conference was hearing Henry Dimbleby discuss the importance of Farmer Led innovation and dissemination, emphasising the need for appropriate funding to enable this to happen.

This session included presentations from Farmers David White, George Fraser and Peter Cartwright. The tent was overflowing with farmers and growers looking for honest advice and the session was an example of peer-to-peer learning at its absolute finest.

The three farmers were very different in terms of enterprises, soil type and rotation, which effectively ensured that there was an  applicable take home message for all attending. Highlights included the use of living clover mulches to control blackgrass, by Peter Cartwright, from Revesby Estate in Lincolnshire, specialist direct drilling, stubble-to-stubble contracting by George Fraser from Dorset, and the use of catch and cover crops by David White in Cambridge. All three farmers are willing to share their stories and often run farm open days. If you are on twitter it is worth looking them up, or alternatively drop us an email at info@i4agri.org if you would like to be put in touch with them.

Soil Farmer of the Year

Now in its fifth year, the annual competition run by Innovation for Agriculture and the Farm Carbon Toolkit saw a record number of entries. The results were announced in the Niab Tent, concluding day 1 of Groundswell. The winners were:

Click here to read our full SFOTY write up.

Held on Day 2 in the Groundswell Big Top tent, this session was always going to be heated… without accounting for the 28’ temperatures! Chaired by Baroness Rosie Boycott, this panel included NFU President Minette Batters, Defra Secretary of State George Eustice, Natural England chair Tony Juniper and Baroness Natalie Bennett of the Green Party.

Although sparks were flying at times, there was unanimous recognition of the importance of healthy soils and anoverwhelming sentiment was to not let party politics block the way to long term sustainable farming policy.

Mr Eustice used the occasion to confirm the 30th June 2022 as the date that the rolling window would open for SFI applications. The first payments are expected within three months of registering, with the first module focusing on soil. Mr Eustice added that next year there will also be modules on nutrients and Integrated Pest Management.

You can watch the session in full via the video below.

The Farm of the Future: Journey to Net Zero

Following the publication of the RASE Farm of the Future report earlier this Spring, this panel discussion aimed to debate, from four very different sides, what the realistic journey to Net Zero may include. With Mike Woollacott covering Farm Transport, Angela Bywater focusing on Future Fuels, Vicki Hird covering Future Policy and Sam Watson Jones exploring robotics, this session covered all angels of the great farming debate!

You can read the full write up on this session by clicking here.

The greatest highlight of the Groundswell 2022 Conference?! Sitting with your farming peers, a cider in hand, listening to live music at the Earth Worm Arms!