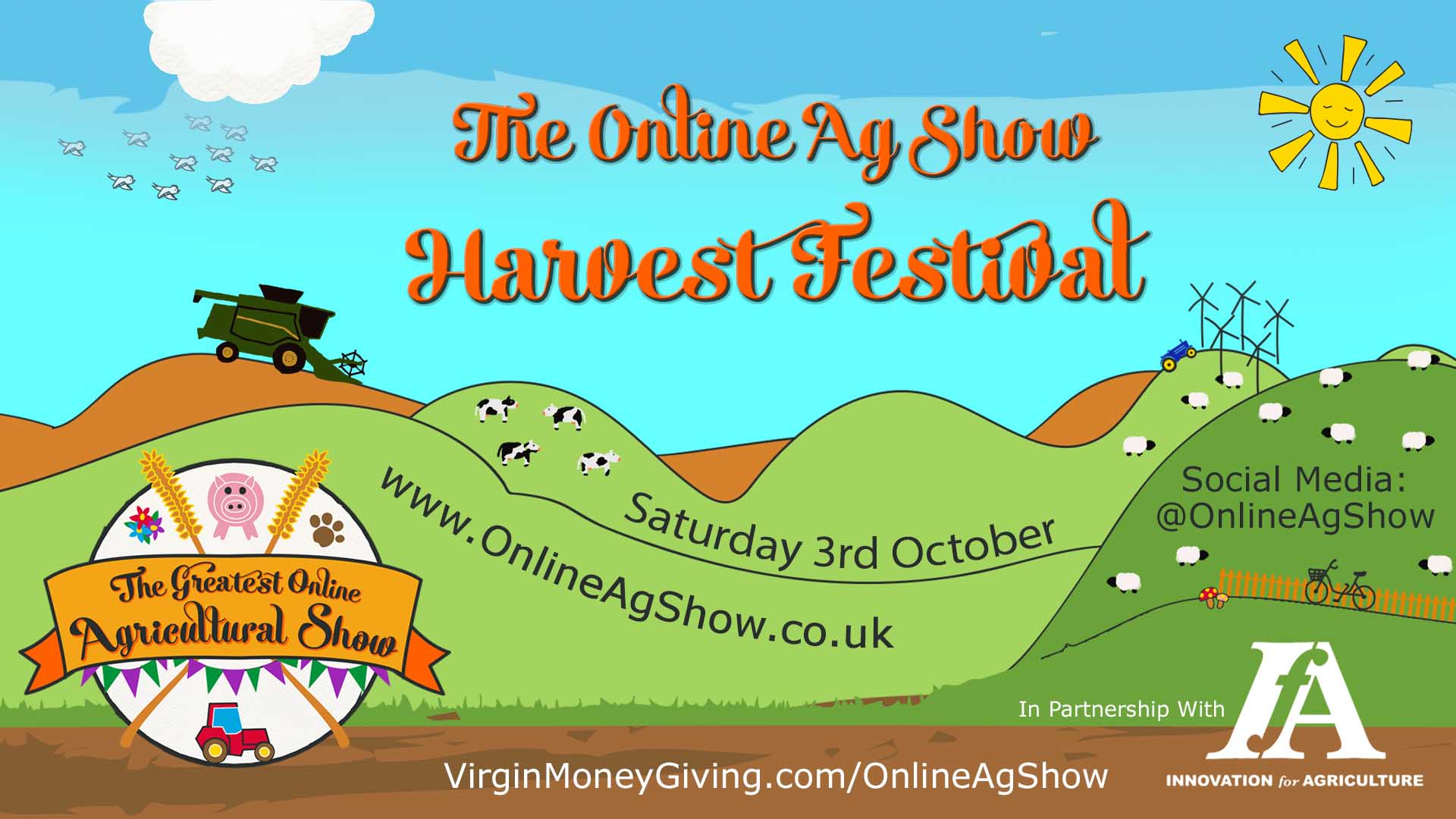 After the success of the Greatest Online Agricultural Show in May, the team, supported by Innovation for Agriculture have decided to host a harvest festival on Saturday 3rd October, which will coincide with the end of the Love British Food, British Food Fortnight.

The Harvest Festival is a great tradition both in the UK and across the world and across different faiths.  It is traditionally a great social event when farmers and rural communities come together to honour the end of harvest and start the next.  There has been a resurgence in harvest festival celebrations in recent years, but as with country shows, these are generally being put on hold owing to lockdown restrictions.  To keep the tradition alive, the Greatest Online Agricultural Show is hosting a virtual harvest festival on the 3rd October, at the Online Ag Show virtual showground at www.OnlineAgShow.co.uk and across social media platforms.
The Festival will feature discussion and demonstrations from farmers, producers and consumers, as well as leaders of faith.  The event will feature an interactive harvest supper and entertainments culminating in a music social featuring Disco Jackers and hosted by the Small Robot Company beer tent, which was so popular at the show in May.