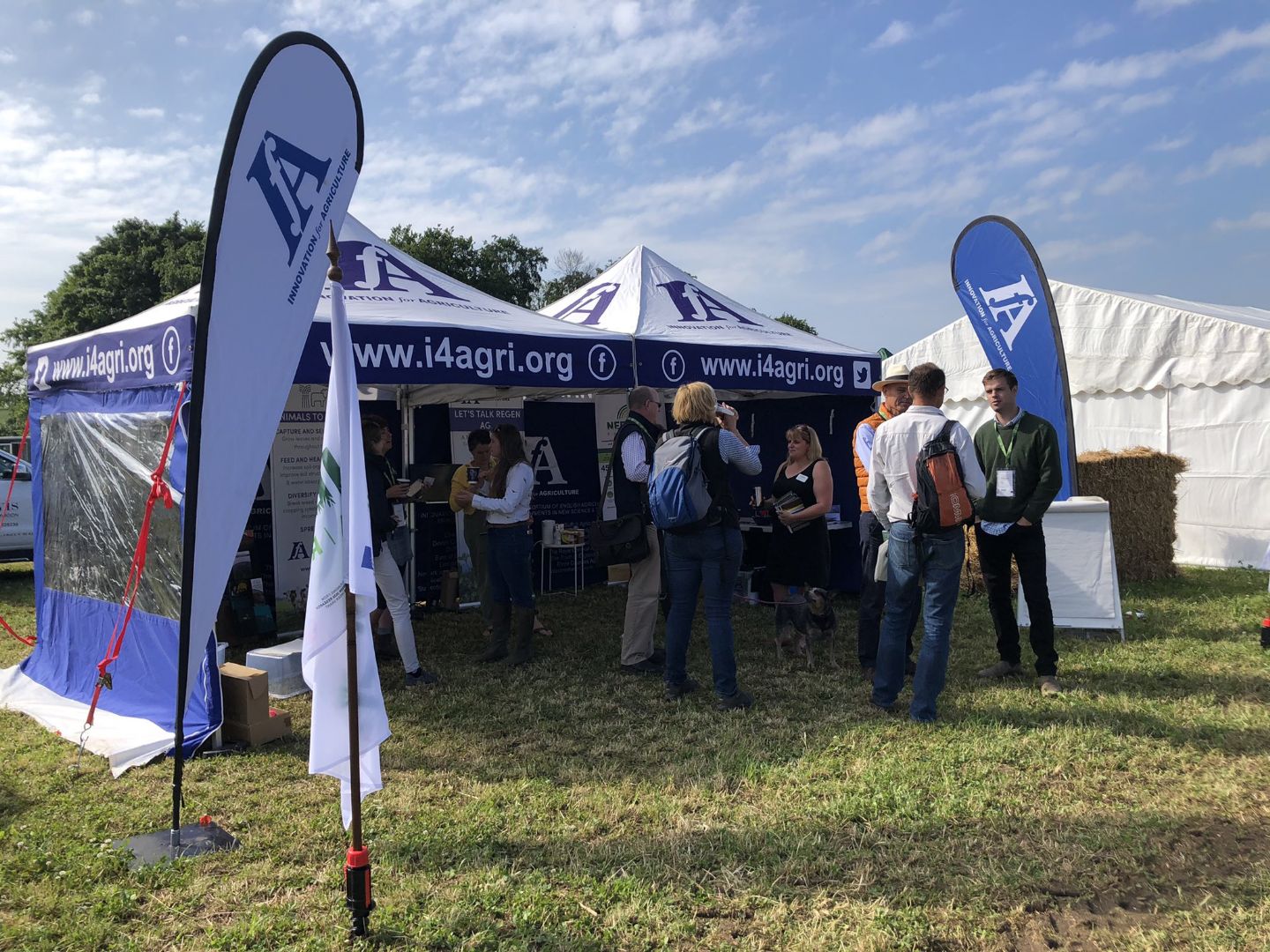 Groundswell 2021, which took place over two days in June, was the event’s biggest show to date with thousands of farmers making the trip to Lannock farm in Hertfordshire. Sponsored by Affinity Water, the show focuses on the principles behind regenerative agriculture and has always been a key event in the IfA calendar.

This year IfA ran an ’animals to arable’ (A2A) panel discussion which saw five farmers share their experiences of livestock integrated into an arable rotation. The panel discussion was well received with a full house and approximately 140 attendees.

The fifth principle of regen ag is ‘bring grazing animals back to the land’ - A concept that mixed farmers have been doing for some time, but can it work on a commercial basis for large scale arable farmers?

Describing himself as the 'never say never' panel member, David Miller said that for now, Wheatsheaf Farming Company where he is manager, are satisfied with optimising four of the principles of regenerative agriculture. The fifth principle, including livestock, is the principle which they are currently choosing not to include. David said “in 2014, we had sheep on the farm. We grew some really thick cover crops and needed something to remove the green matter...while things like flying flocks are a great idea, having a shepherd who understands that you don’t want your cover crop grazed completely to the ground is a challenge.

“The other thing that concerned me was that when we first started getting our soils moving in the right direction with no-till, the last thing we wanted was a wet winter and being committed to having someone’s sheep going across the cover crops'
“Now the soil has moved on and improved, maybe we could facilitate it, but for us, it’s not yet an option.”

On the other side of the debate was Jo Franklin who is a huge advocate of the benefits sheep can bring to the arable rotation. Herts farmers, Jo and husband, Rob set up their business ‘Kaiapoi’ in 2013 with 200 ewes. Today, they run 2250 ewes across 405ha of semi-improved grassland, alongside 648ha of arable crops.

Jo believes that integrating livestock and arable systems bring huge advantages and cost savings to both enterprises and creates one big profitable, holistic machine. “Recent events within British agriculture have seen unprecedented change –– the ending of BPS payments, switch to ELMs and the “public money for public goods” mantra have all combined to create a “perfect storm”.

“Add into the mix the emergence of regenerative agriculture and it is clear farming in even five years will be very different from today.' Jo believes that minimal input systems, with diverse income streams will be the key to surviving future change to agriculture.

Cattle farmer George Hosier has seen huge benefits from including his suckler cattle in the arable rotation. Regularly moving his cattle in a mob grazing system, George encourages others not to be put off by barriers such as fencing and water. Highlighting the number of electric fencing options now available, as well as ways to overcome water supply, George has found his cattle to be very easy to train to the rotational grazing system. Having seen huge benefits to the level of organic matter in his soils from manure, George believes that a mixed farming system is a 'no brainer' and key to sustainable farming.

The conclusion from the IfA panel was clear:managed correctly, livestock can help combat weed burdens, improve soil health and diversify incomes. However, the challenges of poaching and rotational grazing were acknowledged. Avoiding over grazing of cover crops was a dominating theme for how to prevent these challenges. 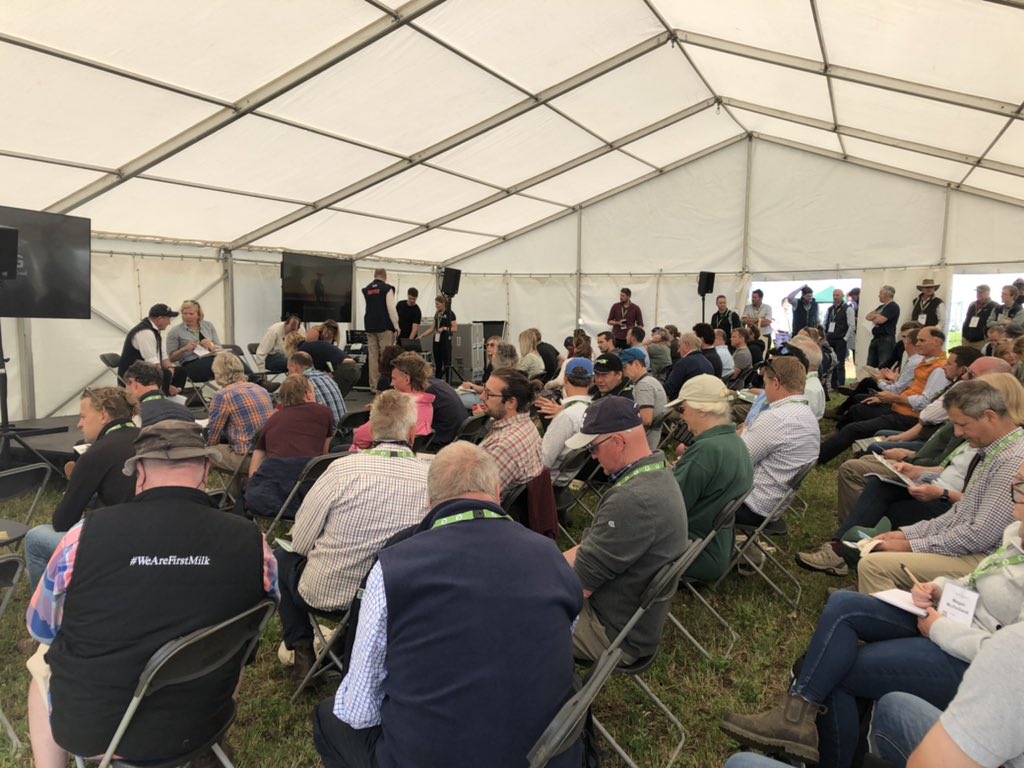 A full house at our Groundswell A2A panel.

Soil Farmer of the Year

The winners of the Soil Farmer of the Year (SFOTY) competition were announced at Groundswell. Now in its sixth year, the competition, run by the Farm Carbon Toolkit and IfA, showcases farmers who have prioritised soil health and become pioneers of the regenerative agricultural movement. This year’s winners were Tom Sewell, an arable farmer from Kent, and Sam Vincent, a dairy farmer from Dorset. The runner up was Anthony Pearce, a regenerative farmer from Buckingham. Farm walks with all three farmers took place this summer and a write-up from each can be found on the Farm Carbon Toolkit website:

If you are interested in entering next year’s SFOTY competition, entries will open on 6 December 2021 (World Soils Day) and will close in March 2022. The competition is open to all, and looks to showcase farmers who have made improvements to their soils either through a change in management practices or use of innovative practices. This year it will be sponsored by Hutchinsons and Cotswold Seeds and we urge any interested farmers to apply.